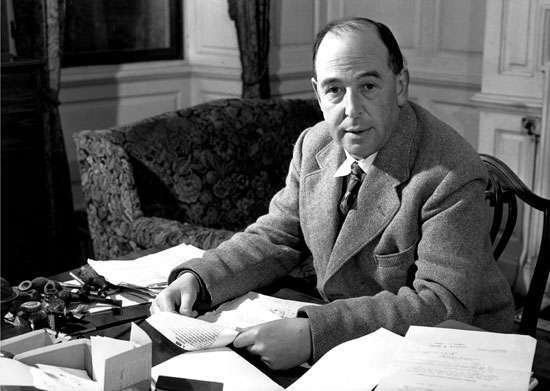 C.S. Lewis is a legend in the Latter-day Saint world. He has been quoted countless times in general conference and in church magazines. His books are widely read by children and adults alike, but he seems to have a special niche within the Latter-day Saint community. (In fact, S. Michael Wilcox named him one of the 10 great souls he wants to meet in heaven!) We did a little digging to find out just why and came up with the top three reasons.

1. He helps us with missionary work and Sunday School comments.

C.S. Lewis quotes show up just about everywhere in the Latter-day Saint world. They’re scattered throughout conference talks, displayed with flowers and swirls on Relief Society handouts, and referenced in countless Sunday School comments. I remember a first counselor in my Relief Society Presidency who I could count on to read or reference C.S. Lewis material at least two times every lesson she taught. Why, you may ask? They are short enough to remember, but they pack a powerful punch. We Latter-day Saints love a short, wise saying with a gospel theme that can be shared in any and social media outlets. C.S. Lewis quotes are easily transformed into shareable memes to use in missionary work or to recall when we need an authoritative source to back up a comment in church. Basically, he’s a good resource for short wise sayings. And he’s been approved by the general authorities.

2. His ideas are easily related to our doctrine.

Ok, so he may not have lived with or as a Latter-day Saint, but he has a knack for saying things that we can uncannily apply to doctrine. Let’s look at just a few:

“I sometimes wonder if all pleasures are not substitutes for joy.”

Wickedness never was happiness anyone? (Alma 41:10)

“I believe in Christianity as I believe that the sun has risen: not only because I see it, but because by it I see everything else.”

This sounds a lot like the conversation Alma had with Korihor the anti-Christ (Alma 30:44).

“We may ignore, but we can nowhere evade the presence of God. The world is crowded with Him. He walks everywhere incognito.”

“Pain insists upon being attended to. God whispers to us in our pleasures, speaks in our consciences, but shouts in our pains. It is his megaphone to rouse a deaf world.”

The story of the currant bush that is cut back by the Gardener, who wanted it to reach its full potential has been told by general authorities since 1973. Likewise references to refusing to hear the words of the prophets frequently come before stories of destruction and are soon followed by righteous humility many times over in the Book of Mormon.

It is important to recognize that many of these quotes could be applied to Christendom at large, meaning the phrasing is what draws Latter-day Saints to these sayings, but intentional or not, Lewis’s way of expressing his religious thoughts definitely strikes a familiar chord with Latter-day Saint audiences.

3. He tells great stories and parables.

Latter-day Saints are taught by analogies practically since birth. Little children sing the story of the wise man and the foolish man. They grow up hearing that faith is like a seed and how to “withstand the fiery darts of the devil.” Let’s face it—we learn through stories. That’s a great niche for C.S. Lewis, who is most famous for writing The Chronicles of Narnia. We study the parables of Christ all throughout seminary and institute years and understand how to identify symbolism. His simple, yet clever way of illustrating basic Christian principles so they can be shared with children but also interpreted on a deeper level by adults, is impressive and beautiful. The second book in the series, The Lion, the Witch, and the Wardrobe, is especially poignant to Christian audiences, for its description of Aslan the lion as a Christ-figure.

Latter-day Saints have loved C.S. Lewis for years, and will probably continue to love him for years to come thanks to his wisdom and talent for writing in a way that we understand and connect to.

For more on C.S. Lewis, check out these great titles: 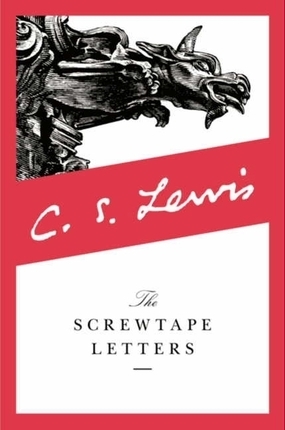 "My dear Wormwood, . . . " So begins this product of C.S. Lewis's wickedly funny imagination, a correspondence between two devils, Screwtape and his young nephew, Wormwood. As the senior fiend advises his young apprentice in leading humanity astray, Lewis delves into questions about good and evil, temptation, repentance, and grace, offering knowledge and guidance to all who are trying to live good Christian lives.

C.S. Lewis: The Man and His Message

Arguably one of the greatest defenders of the Christian faith, C. S. Lewis has gained widespread respect and popularity among members of The Church of Jesus Christ of Latter-day Saints. His writings, in fact, strike a chord of familiarity with Christians throughout the world.

From fiction to children's literature to thought-provoking musings on the nature of Christianity, Lewis's works covered the spectrum of the written word. 'Though he was a brilliant scholar, writer, poet, and literary critic, ...all such matters for Lewis seem to have taken a second place behind the central message of Christianity—Jesus Christ and His Atonement,' write authors Andrew C. Skinner and Robert L. Millet. 'Lewis worked tirelessly to help others understand what it means to be a Christian and to live as a Christian. Ultimately, Lewis came to be regarded as everyone's preacher, every thinking Christian's supreme apologist.' 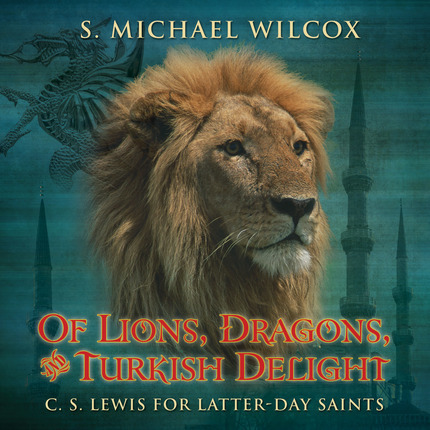 C. S. Lewis is loved by many Latter-day Saints who are intrigued by insights in his books that parallel LDS doctrines. In this inspiring presentation, S. Michael Wilcox discusses Lewis's perspectives on such topics as:

- Our ability to become like God
- The “divine homesickness” inside each of us that only God can satisfy
- God's desire to pour happiness into the hollow of our souls
- How to avoid today's “Turkish delights,” the obstacles to happiness that Satan puts in our path

You'll love this discussion about one of the greatest Christian writers by a gifted teacher and storyteller.