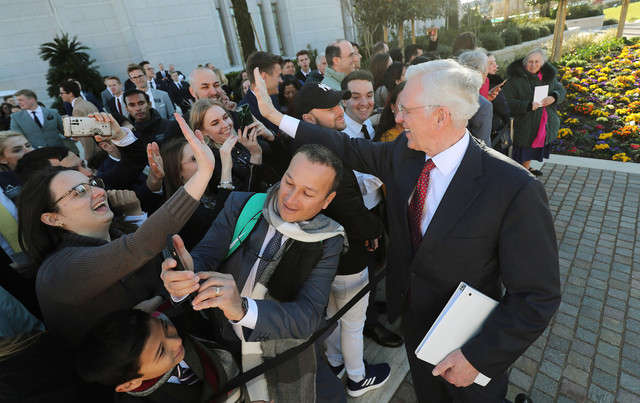 Gasps have frequently followed announcements made by President Russell M. Nelson during his vigorous 14 months as prophet-leader of The Church of Jesus Christ of Latter-day Saints.

Several months ago, it was the rest of the Church's First Presidency and Quorum of the Twelve Apostles who found themselves gasping in their regular Thursday meeting in the Salt Lake Temple.

That's where President Nelson issued an unprecedented assignment to all 14 of them to join him this week at the dedication of the Rome Italy Temple. That had never happened before outside the United States.