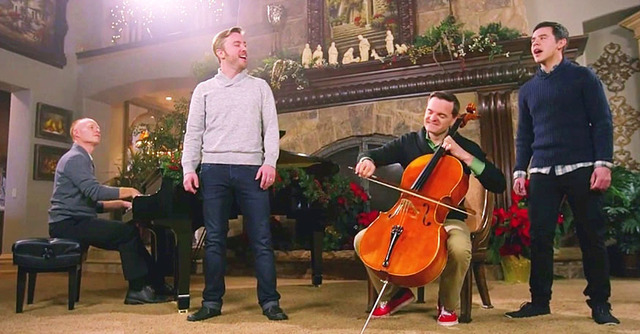 Why This Non-Mormon Artist Is Supporting a Mormon Christmas Campaign

For the past two years, the Church's #LightTheWorld campaign has brought people together. For example, this year The Piano Guys brought together artists for their first-ever live #LightTheWorld concert.

And among the artists that appeared in the show was one of their good friends—Broadway singer Peter Hollens.

Though not a member of the Church, Hollens has collaborated with The Piano Guys and other Mormon artists in the past for some pretty epic projects. In 2014, Hollens, along with The Piano Guys, David Archuleta, and the Mormon Tabernacle Choir, created an incredible version of "Angels We Have Heard on High." Hollens calls that music video his favorite Christmas experience, one that still influences him.

He says every night before he goes on Broadway, singing the same original song he sang in the #LightTheWorld concert, he envisions his experience three years ago singing "Angels We Have Heard on High" with The Piano Guys and David.

But when it came to promoting the Mormon campaign #LightTheWorld with a live concert, this NBC The Sing Off sensation with more than a quarter billion views on Facebook and YouTube says he had a few reasons for participating.

"On a surface level, these are some of my favorite people I’ve ever been around in my entire life," he says. "On a more selfish level, I die to perform with terrific musicians and that’s another reason. And on a deeper level, this time of year has always been incredibly meaningful to me so anything that I can do to spread the message I believe in to as many people as possible is something that I will always do."

But Hollens didn't stop by just bringing himself to participate in the campaign. This year, he also made it a goal to bring a few of his friends and fellow influences who are not of the LDS faith to share in the message of the campaign.

And tonight, Hollens says he was really excited to participate in another project with Mormon artists The Piano Guys and David Archuleta, sharing a powerful Christmas message once again.

"Being surrounded by people you love making music that is so fulfilling regarding a message that I think is one of the most powerful, it doesn’t really get better than that," Hollens says. 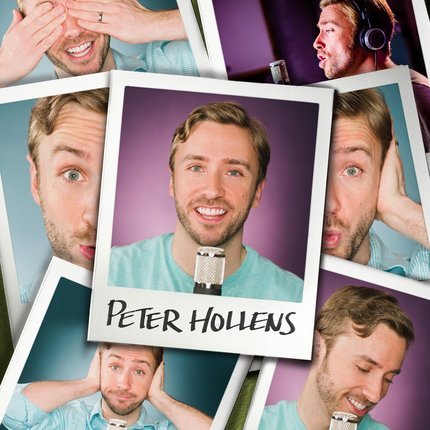 Peter Hollens is an American pop singer and producer best known for his work on YouTube as an a cappella cover artist with over 1.5 million subscribers. Hollens has collaborated with some of his favorite artist, including Brian Wilson, Jason Mraz, Hunter Hayes, Lindsey Stirling, George Watsky, and The Piano Guys. He has released over 125+ digital singles. He has been described as the one man Pentatonix and was in five episodes of NBC's The Sing Off.