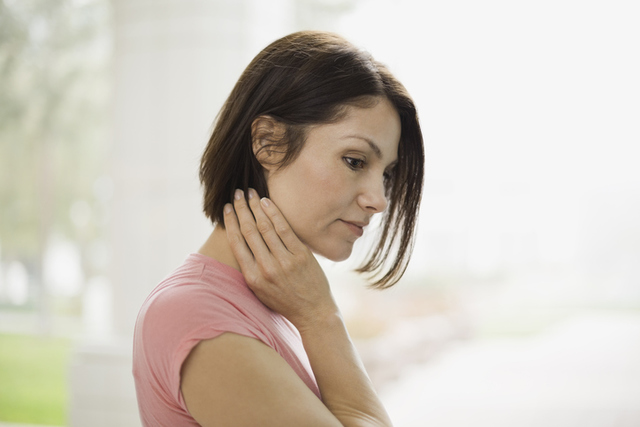 There is a saying that has gone around for years: “If you want something to get done, give it to a busy person.” I believe that saying to be true, but I also think that saying is cruel. It assumes that since a person is working hard, being responsible, and accomplishing many things, that they can easily handle “just one more thing.” But as the world continues to heap more and more on people's shoulders, it's going to get harder and harder for busy people to cope with the excessive demands.

The Principle of Sacrifice

Inside the Church, we’re taught to sacrifice. We were raised with this quote from Joseph Smith ringing in our ears. "A religion that does not require the sacrifice of all things never has power sufficient to produce the faith necessary [to lead] unto life and salvation" (Lectures on Faith, p. 58). We read the scriptures and remind ourselves that “we can do all things through Christ who strengthens me” (Philippians 4:13). We often remind ourselves that if the pioneers could endure what they did, trudging across uncharted territory and enduring all kinds of persecution, then surely we should be able to deal with our many “modern” responsibilities. “Bring it on” we say. "I should be able to do more.” Until one day, we break and we can’t do anything more. We think we’re invincible until, well, we’re not. For a person who prides themselves on being able to stay on top of it all, keep everything straight, and never let anyone down, it can be catastrophic to them mentally, physically, and spiritually when they do finally falter. As Elder Neal A. Maxwell put it, a “high-yield, low maintenance member” can become a catatonic mess crushed under the weight of an endless litany of programs. I’m not saying we shouldn’t sacrifice, serve, and consecrate our lives to the cause of Christ and to the service of others. What I am saying is that we've got to be smarter about how we spend our time and simultaneously make a more concerted effort to get more people involved to help carry the load. In a factory, if a plant has an increase in demand (more programs), then they also need to increase the level of production to keep up with demand. If the existing workers must go from eight hours a day to twelve hours a day, they're eventually going to get worn out. And then what? There'll be no one left to run the plant. Even if these faithful workers have a strong desire to work harder to keep the plant running, they will not physically be able to keep up and will eventually crumble. They will lose all sense of balance in their lives.

In my current calling, we started to notice that we were having a regular stake meeting in which the information conveyed was redundant and unnecessary. For years, no one had questioned the purpose of this meeting or identified where it had originated. It was probably the brainchild of some well-intentioned leader from many years back who was excited about a new program he wanted to implement. Regardless of its beginnings, this meeting drew about 15-25 very busy, committed, and faithful men away from their homes and families on a regular basis. This concerned me, so after the stake president and I found that this meeting wasn't even mentioned in the handbooks of the Church we cut the frequency of that meeting in half, allowing those brothers to spend time with their families, ministering to others, or recharging with some alone time.

Busy, responsible, emotionally intelligent people hate to let others down. That is why they are able to get so much done. That is why everyone asks them to do more. Because it’s easy to ask someone to do something when you know they're going to say "yes" and not give you a hassle for it. It’s much harder to go out on a limb and call five individuals to try and get them involved when they have not exhibited that servant-like behavior in the past. However, as we make the extra effort to involve those outside the circle of regular volunteers, we can find widening opportunities for friendships and fellowshipping than we otherwise would. We help spread the load and find ways to use the talents of those around us the build our wards and communities.

Running Faster Than We Are Able

According to Dr. Richard A. Swenson, the world is in pain right now. He sees people every 15 minutes as a physician in his medical practice who are anxious, stressed, depressed and drained. His diagnosis for all almost all of these people is this: "They suffer from a lack of margin in their lives." There is no peace. No quiet. No time between this event and that event, this responsibility, and that responsibility. We go from program to program to program without ever taking a deep breath. We're weighed down so much by the number of bricks that have been piled in our backpack that we're about to fall backward and roll back down the hill we've climbed up in life. Joseph Smith perhaps gave the best analogy regarding a lack of margin (or balance) and its effects on an individual. He gave the example of a hunting bow. He explained that if a bow was consistently strung too tightly that it would lose its elasticity. “It is just so with my mind,” stated the Prophet; “I do not want it strung up all the time” (See Biography and Journal of William Moore Allred, photocopy of holograph, Church Hist. Dept. Archives, p. 10). The Lord gave the most succinct advice on helping us to have margin" in our lives: "Do not run faster, or labor more than you have strength and means provided" (D&C 10:4-5).

There are moms everywhere who are running faster than anyone should ever be expected to run and suffering from expectation overload. There are dads everywhere that long to free their minds for just a few sacred moments so that they can spend it with their wife and children and yet, they can't. The demand is too great, it's hard to say no, and it's hard to prioritize. We can't keep asking the same five to ten people in each ward to take the brunt of the ecclesiastical duties. Nor should we. The Lord will bear our burdens, but He has also asked us to bear one another’s burdens. That is why we are organized into wards and stakes and neighborhoods. We each have responsibilities and covenants to fulfill in building the kingdom of Zion.

And if you’re one of the people who is running faster than they are able, remember that it is alright to say "no" if you know you've run out bandwidth Not "no" because you aren't going to be able to play video games or watch never-ending re-runs on Netflix. "No" because you need one free night a week to spend with your kids. "No" because it's been five years since you took your wife out on a date. "No" because you already have several demanding callings. In no way am I encouraging you to turn down a calling or assignment. In fact, if a call comes to you, I believe that you should do everything in your power to accept and magnify that calling. But we've got to take into consideration (on both sides of the call) where a person is at in their life. Is there enough "margin" in this person's life?

So many of us are busy in our own ways. The key is to be busy doing the things that matter most. We all know that, but we’ve got to figure out a way to remind ourselves of that on a daily basis. Then we’ll be able to more readily help others who we know are busy or struggling. We’ll be able to recognize our own busyness and prioritize accordingly so that we don't neglect our greatest responsibilities. We’ll be able to maintain a balance between our work, family, church, and alone time so that we don't get burned out. Most importantly, we’ll be better connected to the Spirit and have greater capacity to say “yes” to the things that God asks of us. 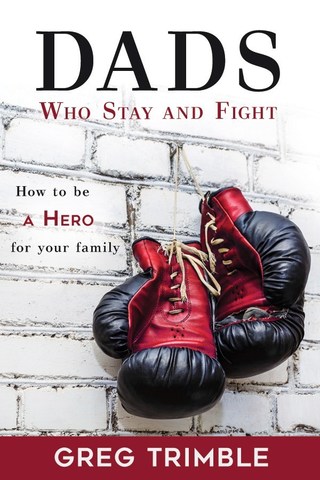 Viral blogger Greg Trimble has reached millions through his blog by writing about topics he's passionate about. But when it's all said and done, he feels most passionate about being a dad. In his debut book, Greg approaches fatherhood in a way that is fun and easy to understand. By drawing upon the wisdom of some of the world's greatest dads, Greg is able to help future dads, new dads, and even seasoned dads leave a legacy, be remembered, and be a hero to their families. Available at Deseret Book Stores and deseretbook.com.