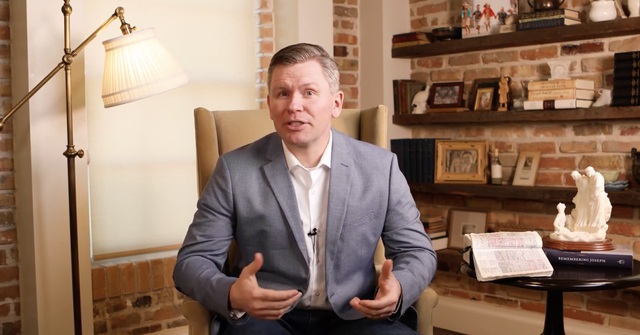 Watch: Why a Latter-Day Saint Institute Teacher Decided to Go to a Bible Belt Divinity School

What if you could sit down and talk one-on-one with someone who studied anti-religious rhetoric at a Bible Belt divinity school? That is precisely the opportunity Gospel Day by Day and LDS Living are offering in their new series titled “One on One.” Last week, the series released its first of three videos featuring Jared Halverson, an Institute of Religion teacher who is currently completing a doctorate in American religious history from Vanderbilt University, focusing on anti-religious rhetoric.

Having taught high school and college-age young adults since 1998, Halverson, who is also a father of five, is especially concerned in helping the rising generation as they ask questions regarding their faith. In the first video of the series, Halverson shares his belief that questions do not equal doubts, doubts do not equal concerns, concerns do not equal apostasy, and apostasy does not equal rebellion.

He recalls applying to divinity school at Vanderbilt and talking to a professor who was part of the admissions committee. The professor didn’t understand Halverson’s desire to attend divinity school, as The Church of Jesus Christ of Latter-day Saints doesn’t have a professional paid clergy and Halverson was already qualified by Latter-day Saint standards to teach in the Church.

“I told him that as Latter-day Saints, we think we have all the answers. The problem is, I don’t know that we ever knew what the questions were to begin with, and you never really appreciate answers if you don’t know the questions that they’re responding to. I told him that I wanted to come to divinity school to learn the world’s questions. What has kept philosophers and theologians scratching their heads for the last few millennia? Mainly because I wanted to see if the Restoration’s answers measured up,” Halverson states in the video. He then adds, “Nearly a decade later, I am more amazed by our answers than ever.”