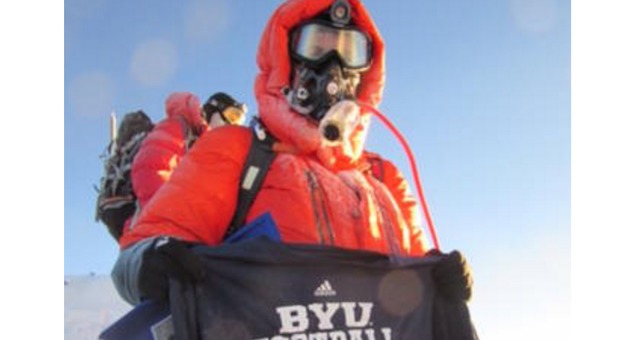 After traveling to Mount Everest's base camp in 2012, Bart Williams decided he wanted to make it to the summit. But during his first attempt in 2015, a terrible earthquake hit Nepal and all of the climbers on Everest had to be airlifted down the mountain. But Williams was undeterred.

Bart Williams has received some taunting from friends for carrying a BYU shirt to the top of Mount Everest.

Climbing Everest has been a childhood dream for Williams. It wasn't until his wife met a woman preparing to hike Everest that Williams decided to start working toward his dream.