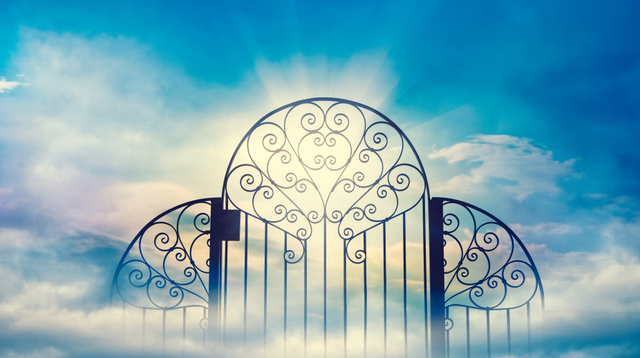 Heaven May Be Different Than You Think: Wilford Woodruff Recounts Remarkable Dream of Seeing Joseph Smith in Heaven

Many prophets and apostles have had remarkable visions of what happens beyond the veil—particularly, what is to come in that next world and the angels who are guiding our lives today.

Here are two such incredible accounts, recounted from President Boyd K. Packer's The Holy Temple, which each teach us insightful lessons into the world beyond our own.

► You'll also like: President Packer: Most Latter-day Saints Misunderstand What the New and Everlasting Covenant Actually Is

The first account is one from Wilford Woodruff that answers the questions: What is spirit paradise really like? What are Joseph Smith and other Church founders doing in the next life? What awaits us?

The second account illuminates a truth about and key to receiving guidance in this life from those beyond the veil.

Here is the excerpt from The Holy Temple:

President Wilford Woodruff left this testimony of help from beyond the veil:

By and by I saw the Prophet again, and I got the privilege to ask him a question. “Now,” said I, “I want to know why you are in a hurry? I have been in a hurry all my life, but I expected my hurry would be over when I got into the Kingdom of heaven, if I ever did.”

Joseph said, “I will tell you, Brother Woodruff, every dispensation that has had the priesthood on earth and has gone into the celestial kingdom, has had a certain amount of work to do to prepare to go to the earth with the Savior when He goes to reign on earth. Each dispensation has had ample time to do this work. We have not. We are the last dispensation and so much work has to be done and we need to be in a hurry in order to accomplish it.”

Of course that was satisfactory with me, but it was new doctrine to me. (Discourse delivered at Weber Stake Conference, Ogden, 19 October 1896; as published in Deseret News Weekly, vol. 53, no. 21.)

On one occasion when Elder Harold B. Lee spoke to the seminary and institute teachers, he was stressing to us the reality of spiritual communication and of the help and guidance we may receive from beyond the veil. But, he warned, we must be attuned in order to receive it.

Here is an excerpt from his address:

A few weeks ago, President McKay related to the Twelve an interesting experience, and I asked him yesterday if I might repeat it to you this morning.

He said it is a great thing to be responsive to the whisperings of the Spirit, and we know that when these whisperings come it is a gift and our privilege to have them. They come when we are relaxed and not under pressure of appointments. The President then took occasion to relate an experience in the life of Bishop John Wells, former member of the Presiding Bishopric.

A son of Bishop Wells was killed in Emigration Canyon on a railroad track. Brother John Wells was the great detail man and prepared many of the reports we are following up now. His boy was run over by a freight train. Sister Wells was inconsolable. She mourned during the three days prior to the funeral, received no comfort at the funeral, and was in a rather serious state of mind.

One day soon after the funeral services while she was lying on her bed relaxed, still mourning, she says that her son appeared to her and said, “Mother do not mourn, do not cry. I am all right.”

He told her that she did not understand how the accident happened and explained that he had given the signal to the engineer to move on, and then made the usual effort to catch the railing on the freight train; but as he attempted to do so his foot caught on a root and he failed to catch the hand rail, and his body fell under the train. It was clearly an accident.

Now, listen. He said that as soon as he realized that he was in another environment he tried to see his father but he couldn’t reach him. His father was so busy with the duties in his office he could not respond to his call. Therefore he had come to his mother. He said to her, “You tell father that all is well with me, and I want you not to mourn anymore.”

Then the President made the statement that the point he had in mind was that when we are relaxed in a private room we are more susceptible to those things; and that so far as he was concerned, his best thoughts come after he gets up in the morning and is relaxed and thinking about the duties of the day; that impressions come more clearly, as if it were to hear a voice. Those impressions are right. If we are worried about something and upset in our feelings, the inspiration does not come. If we so live that our minds are free from worry and our conscience is clear and our feelings are right toward one another the operation of the Spirit of the Lord upon our spirit is real as when we pick up the telephone; but when they come, we must be brave enough to take the suggested actions. The Lord will approve it and the Brethren will approve it, and we know it is right. He said, it is a great consolation in this upset world today to know that our Savior is directing this work. Then the President concluded: “I value that testimony.” If you forget all else I have said, you remember that lesson and that admonition. (Address to seminary and institute faculty, Brigham Young University, 6 July 1956.)