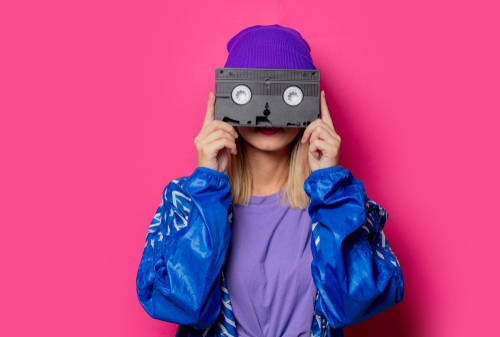 The new year always comes with a bit of nostalgia for the old. And today, we're going even older as we remember some of the fun and memorable parts of life in the Church before the turn of the century thanks to you, our readers, who shared additional memories with us on Facebook!

Listened to "Bounce Back" cassette tapes

"A collection of thoughts, ideas, and music to help people deal with disappointment, overcome problems, and bounce back from the hard times." And you can still find a few of these gems on Amazon! 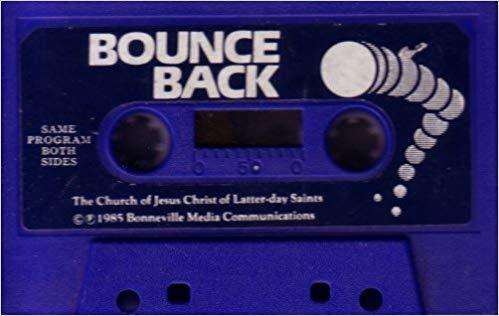 Watched or acted in multiple roadshows

Though you may still see a roadshow pop up here or there today, they were definitely at a peak in this decade. A roadshow was loosely defined as "a miniature musical comedy, usually from 10–15 minutes in length, having a storyline with a conflict that is resolved at the end." How many did you participate in . . . or avoid? (Check out this detailed Ensign article from 1984 on how to put together your own roadshow!) 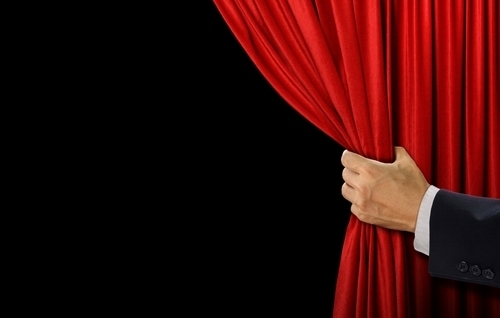 Though filmstrips began being used in missionary work in the 1930s, they were still hanging on in the '80s. And for those who joined the Church or served as a missionary or had the missionaries over growing up, you probably remember this important piece of missionary equipment. Check out this list of some of the newest filmstrips released in 1979 for a real throwback! 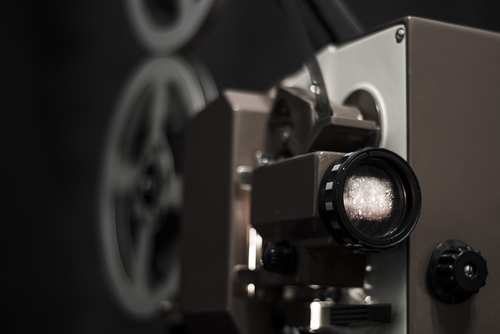 You remember watching any of the following videos on Sunday afternoons

The Mailbox, Uncle Ben, Cypher in the Snow, Mr. Krueger's Christmas, Johnny Lingo, My Turn on Earth, I'll Build You a Rainbow, The Award, The Last Leaf, My Heavenly Father's Plan, Saturday's Warrior, or The Touch of the Master's Hand. We laughed, we cried, we learned, and we passed along many of these beloved early productions to the next generation!

Did scripture chases in paper copies of the Book of Mormon

Youth today just don't know the thrill of having a race to see who could turn the pages fast enough to find a scripture first! 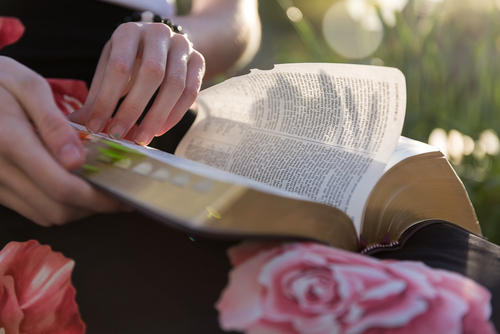 Ever visited a "cry room"

Cry rooms, which have slowly been phased out of Latter-day Saint meetinghouse construction plans, were those genius rooms designed to bring reverence to sacrament meeting by giving parents a place to take crying children. Many of them were located at the back of the chapel, accessible through the foyer, and had a glass front with the sound from the meeting piped in. Read more about them in this 1977 Ensign article about reverence at church. 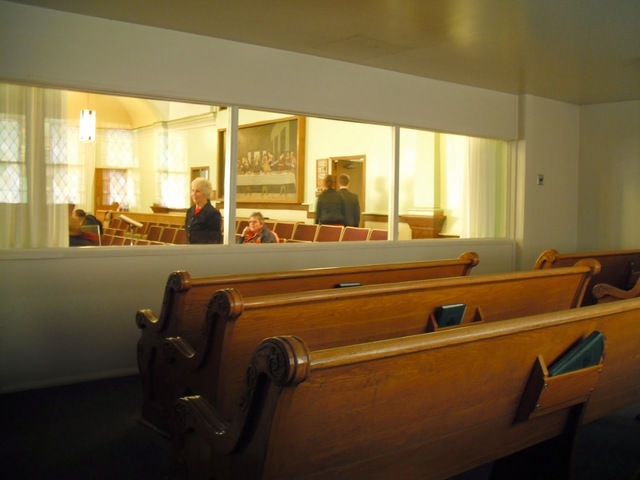 For those who don't remember or never saw the classic singing Church commercial featuring a young Alfonso Ribeiro (from The Fresh Prince of Bel Air), we have embedded it below for your viewing and listening pleasure:

Know all the best quotes from The Phone Call

Though not specifically religious, The Phone Call was produced by Brigham Young University in 1977 and shares a powerful but humorous message about dating and relationships. It's full of quotable one-liners and uplifting messages about self-confidence and treating people with kindness. You can still find this classic film on lds.org:

Primary on Sunday was a foreign concept

Up until March of 1980 when the meeting schedule was consolidated to a three-hour block on Sundays, Primary was a mid-week class. If you grew up during this time, you were one of the pioneers of church on Sundays! 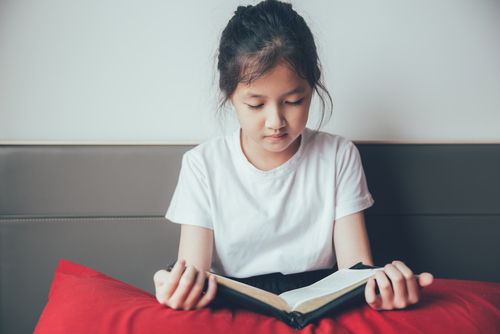 You remember President Gordon B. Hinckley as "your prophet"

And it's not surprising. Sustained as the 15th prophet in 1995, Gordon B. Hinckley was the prophet for 13 years, until his death in 2008. That's a long time, and for those born in this decade, it's no wonder President Hinckley is the prophet most remembered. Many even still remember where they were when the news of his passing arrived. 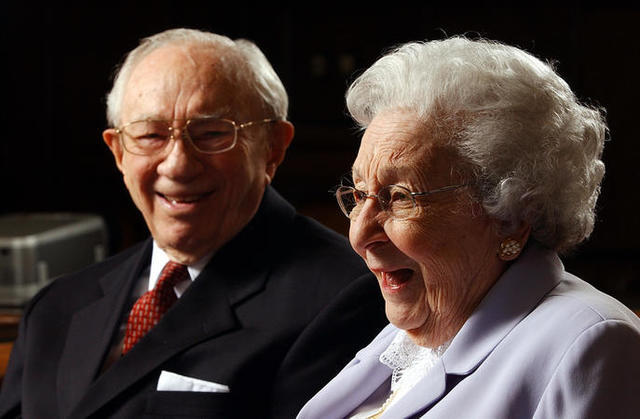 From humorous to touching, almost everyone had a favorite MormonAd in the 90s, whether it was a pocket-sized one ripped from a New Era insert or a poster-sized one hanging on the wall.

Jennifer McGrady shared hers on LDS Living's Facebook page, "Something about variety being the spice of life ( that we are all different, yet together we each add our own flair). It was the first ad I saw. (I was baptized in 1994, I was 15) I thought 'Wow! I really am worthy of Heavenly Father's love.'" 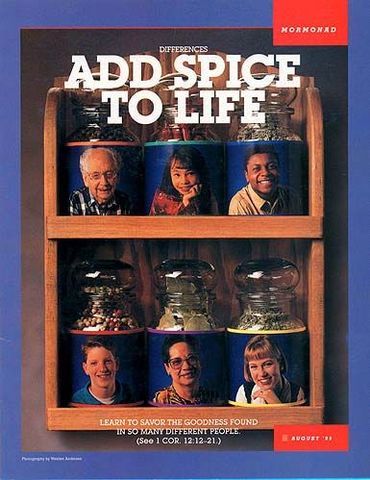 Remember how exciting it was when you walked into class and saw that little television attached to a cart, the VHS tape paused and ready to play during class? See if this one jogs your memory:

You knew the EFY medley before you knew what EFY was

Composed in 1999, the EFY medley was a staple song for young men and young women born in the '90s. It continues to be sung at EFY sessions today. 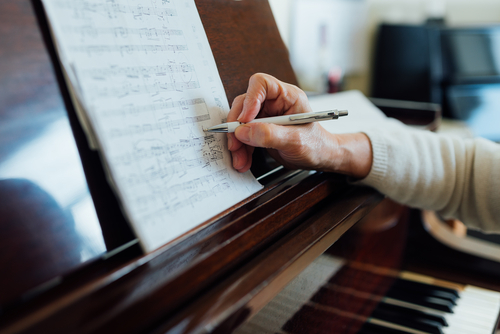 From What I Wish I'd Known in High School to What's in Your Backpack to You're Gonna Make It, you could always count on John for some wholesome laughter and wise insights into life's many challenges! 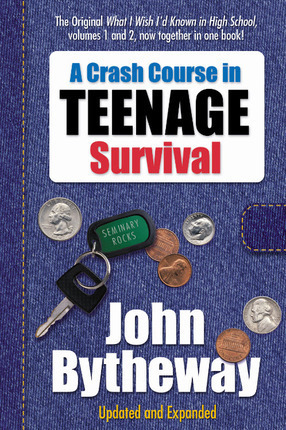 You didn't list "virtue" in the Young Women theme

And if you were one of those late '90s kids, you probably experienced mutterings and laughter and mumblings at the end of the theme for months after the change! 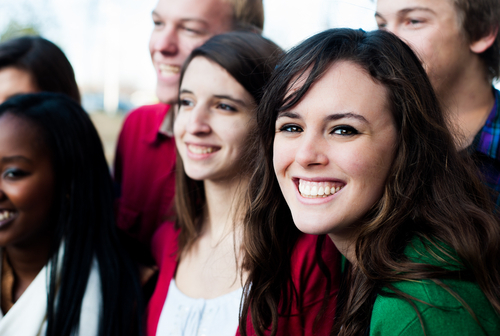 All images from Shutterstock unless otherwise indicated