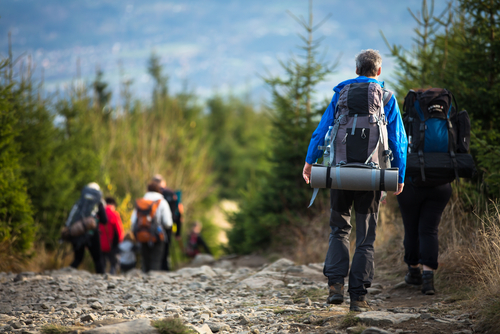 If you have been thinking about getting rid of your camping supplies since the discontinuation of the scouting program, the Young Men general presidency of the Church says to think again.

Along with Elder Gerrit W. Gong of the Quorum of the Twelve Apostles, Brother Stephen W. Owen, Young Men general president, announced that a new guide for camping in Aaronic Priesthood quorums has been released as part of the new Children and Youth program that will begin in the new year.

You can watch the full Face-to-Face event here.

Of the many new aspects and changes in the latest program, camping will continue to be a focal point for young men, as well as service activities and other outdoor pursuits.

“Campouts and outdoor activities are important. It’s up to you to decide how to make them work where you live,” said Owen. While camping is still an important tool in the development of young men, Owen is clear that the new guide isn't about the "logistics" of camping. Rather, it focuses on the principles of being with the young men and spending time with them, giving them opportunities to communicate with Heaven, and letting them learn how to become leaders.

Brother M. Joseph Brough, second counselor in the Young Men general presidency, also said that it will be imperative for the young men to understand that these changes in the new youth curriculum and in the camp guide should point them to their Savior while helping them learn to foster solid relationships with those around them.

“There is time for listening and pondering and moments for introspection [while camping] that you don’t get anywhere else,” said Brough.

Owen testified that, although camping may not initially be everyone's favorite thing to do and they may struggle with camping, like he did, the youth can learn while in those certain situations.

“As camping puts young men in situations where they are away from home and family, it also becomes great mission preparation. They will gain strength from their memories of camping,” said Owen.

You can find more quotes from the Young Men leaders about the recent changes and read more about the emphasis on camping here.