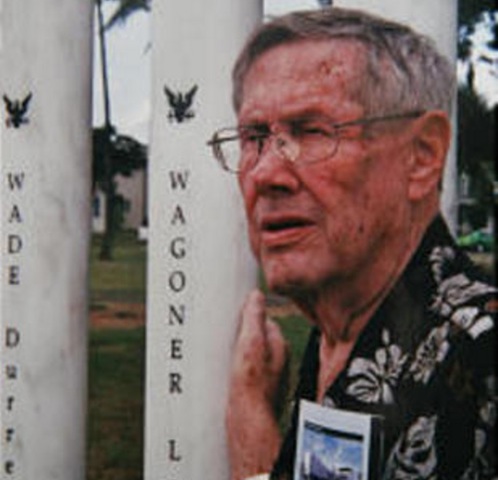 We're so grateful Carl Wagoner can finally have closure after his brother went missing during WWII.

Three-quarters of a century after he was killed during the surprise Japanese attack on Pearl Harbor, the remains of a young Navy sailor finally are heading home to Kansas.

There to greet him will be the only one of his seven brothers who is still living, an 87-year-old Utah man, and generations of family he never got a chance to know.

Lewis Lowell Wagoner was a 20-year-old Navy seaman second class when he perished and was declared missing after the Dec. 7, 1941, attack that propelled the United States into World War II. Wagoner was aboard the USS Oklahoma when that battleship, along with other U.S. warships, was doomed by torpedoes while helplessly moored in Pearl Harbor.

Wagoner's body, unidentified at the time, was eventually recovered, along with several hundred fellow shipmates. All of them were buried as "unknowns" in a Hawaii cemetery. But last year, the U.S. military dug up the mass graves and began a painstaking push by special military laboratories to put names to the remains, using pre-war dental records and modern advances in DNA testing.