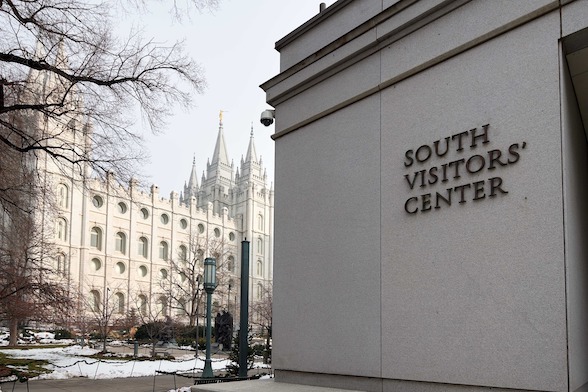 What Exactly Will Happen during the Salt Lake Temple Renovation? Here's What You Need to Know

Visitors strolling Temple Square this Christmas may be feeling nostalgic as they take in the lights, the floating candles on the reflection pool, and the nativites, wondering if the historic city block will ever feel the same after the new year.

With the Salt Lake Temple closure fast approaching on December 29, the area will look significantly different in the years ahead. Between the Salt Lake Temple renovation, the demolition of the South Visitors’ Center, and a new annex north of the temple, the local community and visitors to Temple Square—of which there are approximately 5 million each year—might be wondering just what’s in store.

Church representatives recently answered this question and more regarding the future construction on Temple Square. Here’s what they had to say on the topic.

Why renovate the Salt Lake Temple?

It’s been over 50 years since the Salt Lake Temple received its last major renovation, which took place between 1962 and 1966. At the time, the building was updated primarily for functional purposes, says historic sites curator Emily Utt. From improving accessibility to installing air conditioning, modifications were done for logistical reasons—whereas today, the Church’s goal is to restore the building so it resembles its original appearance in 1893.

That preservation is a bit trickier than one might think, Utt continues. Since the Salt Lake Temple was built over a period of 40 years, there are 40 years of craftsmanship to consider. And while the exterior of the temple was built by hand, the interior was constructed in the 1880s and 1890s and therefore used many manufactured goods.

But the Church will be restoring the Salt Lake Temple by hand—and it’s clearly no easy feat. Craftsmen will be removing 15 layers of paint and then painting the wood by hand to restore its historic look (similar to the columns in the Salt Lake Tabernacle). The murals throughout the temple will also be cleaned and restored, one square-inch at a time. 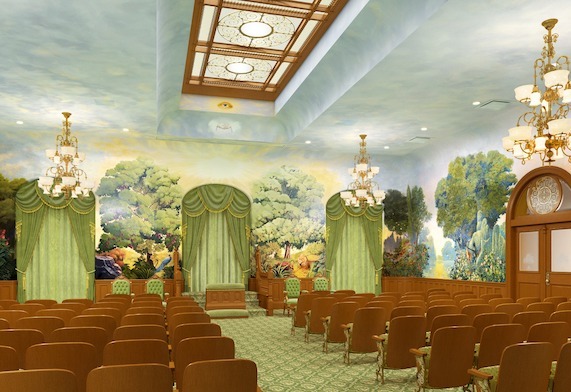 The Garden Room of the Salt Lake Temple.

"This project has been so interesting because we have so much building to work with,” says Utt. “We’ve spent years pulling up carpets, digging into walls, crawling through every crawl space you can fit a person in, looking for remnants and little bits of the building.”

The project is massive. Some might compare it to the Nauvoo Illinois Temple, which was dedicated by President Gordon B. Hinckley in June 2002. But even then, there’s a stark contrast, as the Nauvoo temple restoration was based on photographs, since the original building had been destroyed after the pioneers fled Nauvoo, Illinois, when they made the trek west to Salt Lake City.

So, while there may have been studies and archaeological analyses done over the years, there are 150 years of history on Temple Square. And because of that, historians and the over 500 construction workers on any given day anticipate finding historical artifacts along the way. But they can’t anticipate everything.

“We expect hundreds of surprises on this building,” Utt continues. “We are planning for how we document things that we find as we go and we’ll do our best, but there will be a lot of decisions that need to be made very quickly in the next few years as we find things.”

According to Andy Kirby, director of historic temple renovations, the construction, decommissioning, demolition, and excavating around the temple over the next four years will be “an engineering and construction feat of world-class quality.”

Kirby also anticipates that construction will be a draw for people who desire to come and see details of how the exterior of the temple will be strengthened. Perhaps the most easily apparent will be the 40-foot-deep excavation hole beneath the temple and the scaffolding around the entire temple.

Additionally, the finials, battlements, and parts of the Salt Lake Temple tower will be removed to add steel strengthening. Heating, mechanical, electrical, and plumbing systems will all need to be replaced. But through it all, Kirby notes, Jacobsen Construction and the sub-contractors who will be working on the project plan to be “architecturally sympathetic” to the temple.

Currently, “It’s non-reinforced masonry,” Kirby says. “It’s beautiful construction. We want to preserve it for many years in the future.”

How will the Salt Lake Temple closure affect temple workers and the surrounding area?

While there are many exciting changes taking place on Temple Square in the next four years, there is also a sense of loss, says Rich Sutton of the Church’s temple department.

“There is a sadness that comes with the closure of the temple—any temple,” he says. “This is probably the historic, iconic temple of the Church. … and so there is going to be a natural sadness that for at least for four years … the temple will be closed and we can’t perform ordinances there.”

Some of that sadness is perhaps felt the most keenly by Salt Lake Temple workers, many of which have volunteered their time at the building for decades. 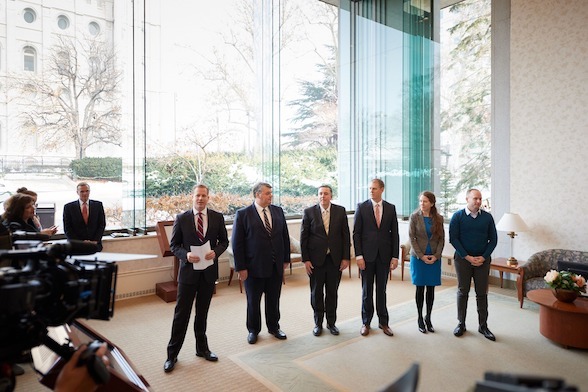 Despite the sadness that comes with the temple closure, there is also the opportunity of beautifying the temple and an open house prior to its rededication, which alleviates that feeling, Sutton continues.

What will a visit to Temple Square look like?

Temple Square is still open (every day of the year, in fact) to visitors and will even have some new attractions during construction.

The Conference Center, located just across from Temple Square and with a view of the Salt Lake Temple, is about to be one of the new hubs for Church attractions downtown. In the lobby of the building will be items of all kinds on display including artifacts discovered during the seismic upgrade—whether it be old tools or bits of the railroad system used to haul original stone to the temple—or furniture and modern day engineering equipment. As parts of the temple will be deconstructed, the finials of the building will be brought down and displayed for visitors to touch. 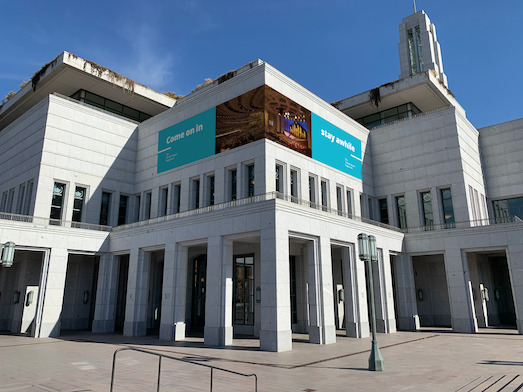 “If anything, things are getting more exciting here starting January 1st because there’s more to see,” he says. “We’re excited to provide and add experiences in the Conference Center lobby over the period of construction for guests to understand our faith in Jesus Christ. The temple is His house.”

For more details concerning the Salt Lake Temple renovation, visit templesqure.org. Brochures and new signage during construction on Temple Square will be forthcoming. The Church History Museum, the Family History Library, the Relief Society Building and the Joseph Smith Memorial Building, the Assembly Hall, the Beehive House, the Lion House, the North Visitors' Center, and the Church Office Building will all remain open during construction.