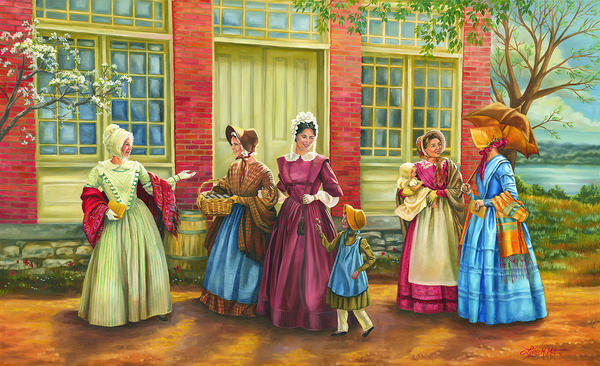 10 Cool Accomplishments of the Relief Society

This month marks the birthday of the Relief Society of The Church of Jesus Christ of Latter-day Saints. As President Gordon B. Hinckley once said at a National Press Club appearance, “People wonder what we do for our women. I’ll tell you what we do. We get out of their way and look with wonder at what they’re accomplishing.”

Following are some of the many accomplishments made by Relief Society sisters during the years since they were organized on March 17, 1842.

1. Many of the early Mormon women were suffragists. Through their efforts, the women in the state of Utah fought for the right to vote. Utah and Wyoming were the first states to allow women to do so (see "Battle for the Ballot: Essays on Woman Suffrage in Utah Paperback" by Carol Cornwall Madsen).

2. In the middle of the Great Depression, under the direction of Relief Society General President Louise Y. Robison, the famous Relief Society Singing Mothers groups were organized, according to "Faith, Hope and Charity: Inspiration from the Lives of General Relief Society Presidents" by Janet Peterson and LaRene Gaunt.