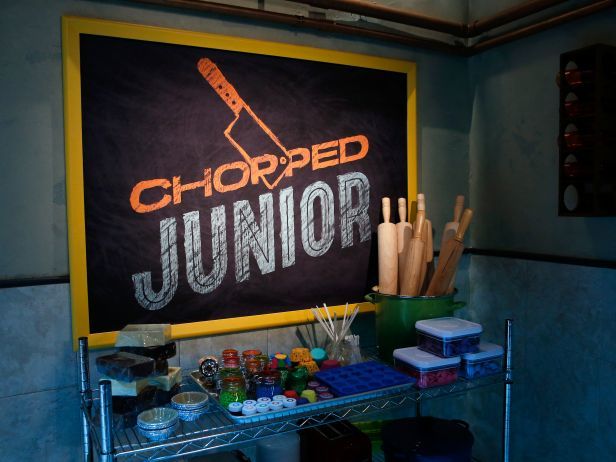 This young Latter-day Saint was recently on the Food Network's Chopped Junior, where four chefs compete for a $10,000 prize and chef's apron. The contestants go through a series of rounds where they are given a basket of mystery ingredients they must turn into a masterpiece in just 30 minutes. If not, they might be the chef "chopped" for that round.

And did I mention these contestants are all 15 or younger?

Olsen, an LDS seventh grader from Orem, Utah, became interested in cooking at a young age, something he chalks up to his parents' talent with cooking. The young cook, whose idol is Julia Childs, wants to run a bakery in Paris and appeared on Chopped Junior on August 23.

During the first round, Olsen was given the strange and eclectic ingredients of chicken nuggets, Malabar spinach, mix marbled potatoes, and fish lollipops that he had to fashion into a delicious dish. Pulling from his creativity, Olsen created a spiced chicken salad with roasted potatoes finished with a lollipop vinaigrette that chef and judge Kenny Gilbert called "craveable."

In the second round, Olsen turned a basket of instant noodle soup, broccoli, scallops, and preserved lemon syrup into an appetizing noodle dish with lemon cream sauce, scallops, and broccoli. Though the presentation wasn't perfect, the judges praised Olsen's combination of flavors.

In the final dessert round, Olsen's strongest area, he went against 12-year-old Nadjah Bray to compete for the $10,000 prize. Having been given cactus water, biscuit dough, plumcot, and dinosaur fossil candy as his mystery ingredients, Olsen created a fossil doughnut with a tar plumcot compote and a cactus glaze that the judges raved about.

Despite his strong finish, the judges decided to give the grand prize to Bray, saying Olsen's noodle entree didn't quite make the Chopped Junior cut.

Lead image from the Food Network.