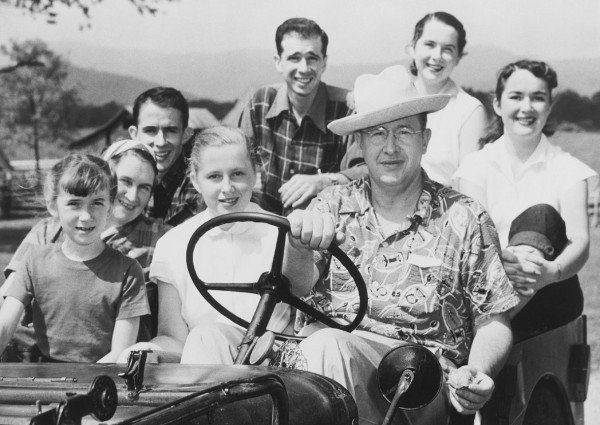 It’s little wonder that the leaders of the Church have historically made happiness in family life a high priority. Here are the love stories of five latter-day prophets and their wives.

Ezra Taft Benson with his wife, Flora, and their six children. (Photo via UV360 and the Church History Library)

Ezra Taft Benson’s friends told him he didn’t have a chance with Flora Smith Amussen. Ezra and his friends were spending a weekend in Logan, Utah, when Flora drove by them.

“As the boys waved at her, she waved back,” he remembered. “I said, ‘Who is that girl?’ They said, ‘That’s Flora Amussen.’ I told them, ‘You know, I’ve just had the impression I’m going to marry her.'”

They said, “She’s too popular for a farm boy.”

Ezra replied, “That makes it all the more interesting.”