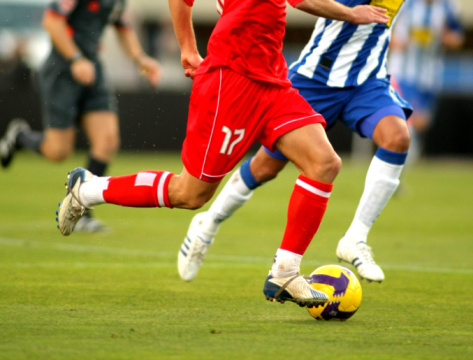 Do Mormons Love the World Cup More than Most Americans?

Before my mission, I never watched soccer—let alone the World Cup. I knew that the world at large loved it, but I just didn’t see the appeal. I never grew up watching it, and so I didn’t bother learning about the sport. I was happy with my basketball and my American football, thank you very much.

But then I went on my mission to a French island where the kids learn to play by kicking around coconuts in the streets. I happened to serve during 2010, smack dab in the middle the World Cup and Spain’s heyday. I couldn’t walk the streets without hearing updates in conversation or enter members’ homes without seeing a match on the television. That’s where my perception about real football changed.

I’ve been hooked ever since.  The speed. The agility. The power! How did I not see it before??

And then I realized that I wasn’t the only Mormon RM with the same addiction. For the past week, I’ve watched my Facebook feed blow up with friends rooting for their mission countries. Maybe America doesn’t know that there are so many Mormon soccer fans in the United States. But these LDS fans don’t call it soccer—they call it football, ever since the people in their missions taught them the correct term for it. And some of them don’t even root for America. These RMs root for countries like Russia, Uruguay, Italy, and Brazil, where they fell in love with the people, culture, and real football—without pads or helmets.

I know there are many Americans who aren’t members and absolutely love the World Cup. All I’m saying is that FIFA should be grateful to the LDS missionary program for recruiting so many loyal, sober, footballin' fans.