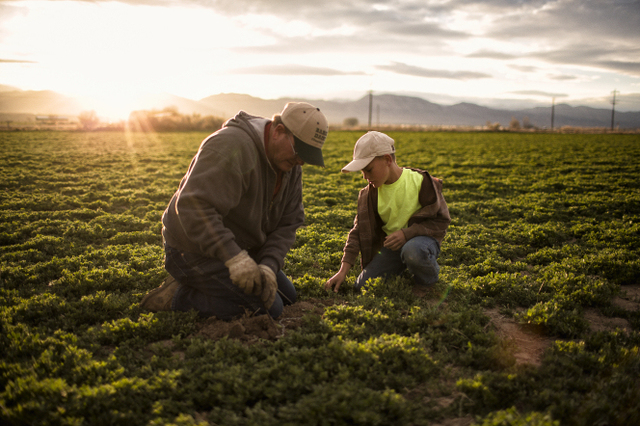 How God's Answer of 'No' Saved My Family From an Earthquake

MR says: Sometimes we may feel frustrated or dejected after our Heavenly Father answers us with something we didn't want or expect. But He knows us, loves us, and understands what is best for us.

Many people have shared stories with me over the years of times when they prayed, and the answer was “no.” Some were devastated when Heavenly Father answered in the negative; others just wondered why the answer was what it was. I was reading a story in the August 2015 Ensign, “The Example of a Faithful Father,” by Judson H. Flower, Jr., and it reminded me of a time in my own life when the answer was no.

Brother Flower told about his father who owned a farm. He made the decision to be obedient and observe the Sabbath day instead of harvesting his crops. I’m sure he felt he would be blessed for his decision to be obedient. Instead, his crops were ruined by a bad hailstorm. While Heavenly Father’s answer to an obedient father was “no,” there was a bigger, better plan. This faithful farmer didn’t know the plan yet, and he could have been angry and bitter. Instead, he gave up farming and became a mechanic—just in time to be of great service after the bombing of Pearl Harbor.

There are times when we are being completely obedient, yet Heavenly Father answers our prayers in a manner which we don’t understand, or don’t like. Our faith is tested until the time arrives for Heavenly Father to reveal His better plan. It is important that we recognize that Heavenly Father doesn’t say no just for the sake of saying no; there is always a reason. His plans are often different from ours, and always much better. His blueprint is created in a celestial manner with eternal perspective; we can plan only with our shortsighted earthly knowledge.