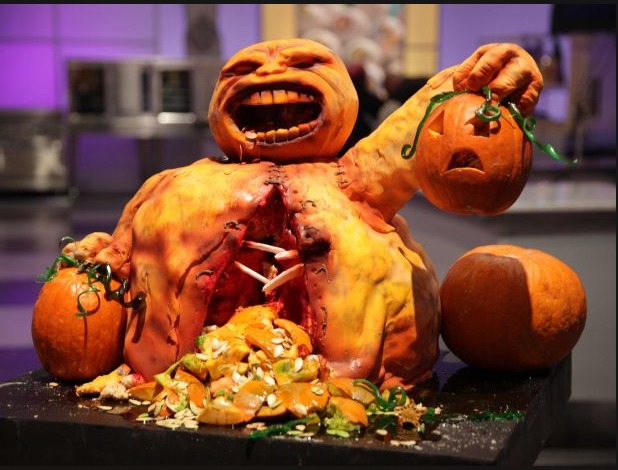 Warning: Some of the pictures in this article may be disturbing to some readers. View at your own discretion.

The Food Network is kicking off the Halloween season with their ghoulishly gourmet show "Halloween Wars," a cooking competition where a pumpkin carving expert, cake artist, and sugar artist team up to create creepy and gruesome confections.

And helping to build these scary creations with some sugar and spice and a few things un-nice this season is LDS candy maker Charity George. Teamed up with pumpkin carver Joseph Yakovetic and baker Kristen Lovullo, this dynamic trio make up team Spell Binders, and, though only one week in, they've already made a splash in this year's competition.

18 Mormons on Reality TV Who Stood for Their Standards

The first episode of "Halloween Wars" premiered Sunday, October 4, and will continue with a weekly episode appearing every Sunday until Halloween. During the competition, five teams are given the challenge of taking three delicious ingredients—pumpkins, cake batter, and sugar—to create something truly terrifying, a kitchen nightmare in the truest sense.

The theme of this year's season premiere was "Infestation," which featured spectacularly scary displays of tapioca-filled spiders, banana-habanero cockroaches, and edible mice and centipede eggs.

The Scream Team won the Small Scare challenge with a representation of one of the Seven Deadly Sins featuring a man splitting at the seams.

Image via The Food Network.

But the Morbid Morticians came back to win the Spine Chiller challenge with a display swarming with chocolate cockroaches. 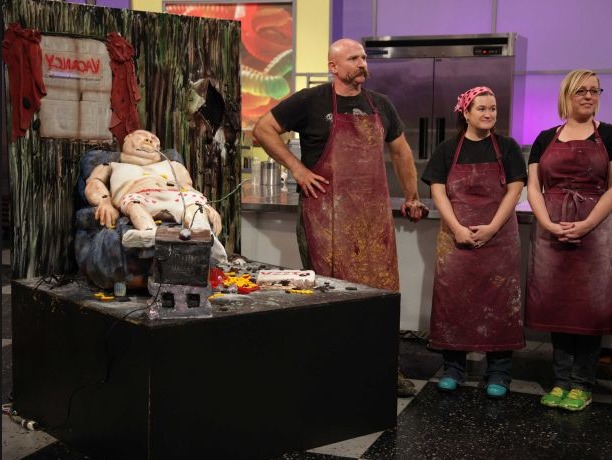 Image via The Food Network.

We look forward to seeing what they come up with next!

Lead image from The Food Network