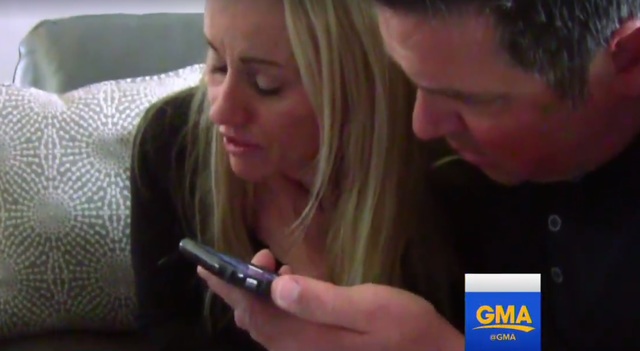 Missionary in Terrorist Attack Had 2 Other Brushes with Terrorism, Talks to Family for First Time in Touching Video

Chad and Kymberly Wells had a very emotional and touching phone conversation when they talked to their son, Elder Mason Wells, 19, for the first time after he was injured in a terrorist attack in Belgium.

Elder Wells, who sustained second and third-degree burns on his hands and face, punctures from shrapnel, and a ruptured Achilles' tendon, told his parents not to worry, the burns were not that bad and he didn't think they would scar.

But his parents were concerned, and for good reason too. Elder Wells was "extremely close" to the initial blast, and his family reported, "he feels blessed that he wasn’t injured more given his close proximity to the bomb."

Besides, this was not Elder Wells' first brush with terrorism. In 2013, Mason and Chad Wells were both waiting near the finish line of the Boston Marathon for Kymberly to finish her race when the bombings took place just a block from them, killing 3 and injuring another 264.

Then, just last year, Mason Wells was in France serving as a missionary when the attacks in Paris occurred in November, killing 130 people, making it the deadliest attack in France since WWII.

"This is the third time that sadly in our society we have a connection to a bomb blast. We live in a dangerous world and not everyone is kind and loving," Chad Wells told The Week. "He was blessed significantly by God. We see a blessing by this, not a terrible curse."

Check out this clip featuring the Wells family on Good Morning America which shows Chad and Kymberly Wells talking to their son for the first time.

WATCH: An incredible story of survival - an American teen survives the attacks in Brussels and is now a survivor of THREE terror attacks around the globe. Posted by Good Morning America on Wednesday, March 23, 2016