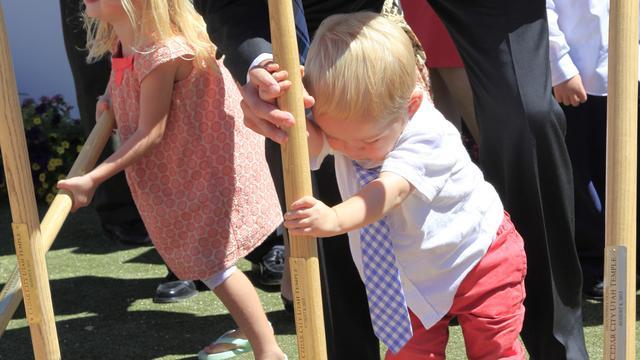 MR says: This Saturday, ground was broken for the Cedar City Temple. See a rendering of the temple and other photos from the groundbreaking.

Leaders of The Church of Jesus Christ of Latter-day Saints joined community and civic officials to break ground for Utah’s newest temple in Cedar City in the southern part of the state.

Elder L. Whitney Clayton of the Presidency of the Seventy presided at the ceremony. He was joined by Elder Kent F. Richards of the Seventy and executive director of the Church’s Temple Department and Elder Dane Leavitt of the Seventy.

Elder Clayton reflected on the pioneer families that settled this area of southern Utah. “As we break ground, symbolically today, we remember the founders of Cedar City 167 years ago and remember the broken picks and broken shovels. We stand on their shoulders. They endured much to prepare the area's foundation for a city they would never see.” 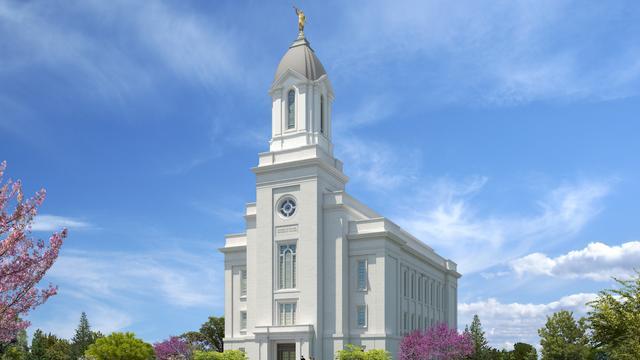 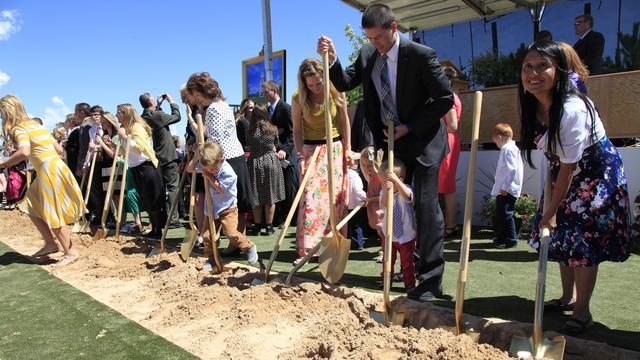 Ground was broken for the Cedar City Utah Temple of The Church of Jesus Christ and Latter-day Saints. Young members of the Church were able to participate in the ceremony as well.

Young Latter-day Saints became part of history Saturday, August 8, 2015, as they, too, turned a shovel of dirt to signal the start of construction of the Cedar City Utah Temple.