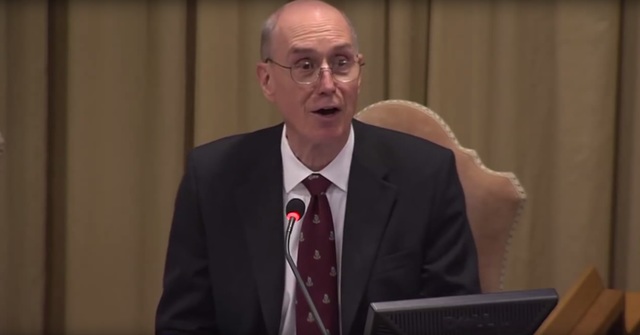 President Eyring, Pope Francis, & Others to Be Part of Interfaith Book on Marriage

MR says: President Eyring along with other prominent religious leaders like Pope Francis, Pastor Rick Warren, and Rev. Russell D. Moore will each appear as chapter authors for an interfaith book on marriage and family.

President Henry B. Eyring's tender Vatican talk about his marriage and the LDS perspective of family is a chapter in a new interfaith book about marriage between a man and a woman.

The chapter — "To Become As One, A Mormon Perspective" — is one of 16 taken from speeches given at the Vatican colloquium on marriage and family in November 2014.

Elder D. Todd Christofferson of the LDS Church's Quorum of the Twelve represented the church and President Eyring Thursday at a book launch of "Not Just Good, but Beautiful: The Complementary Relationship Between Man and Woman."