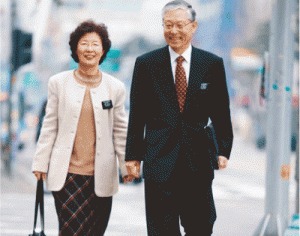 Relief Society Lesson 13: Doing Our Part to Share the Gospel

President George Albert Smith noted that as the Church becomes more well known, “its members are esteemed for their virtues,” and critics “are quickly divested of their unjustified prejudices, by coming in direct contact with the Latter-day Saints in their daily lives. … They then judge us by our fruits, from personal observation, and such information, as they impart it, can have but one effect, and that most favorable to us.”1

Smith observed that actually knowing members of our church dispels prejudice about the church. People who know us drop their misconceptions and instead judge us by our fruits—what we actually do. This seems logical to me but I question Smith’s assertion that knowing a Mormon “can have but one effect.” Depending on which Mormon you know, and how that particular Mormon behaves, you might draw different conclusions about the church. Sometimes, we Mormons, like anyone else, can be guilty of producing sour fruit.