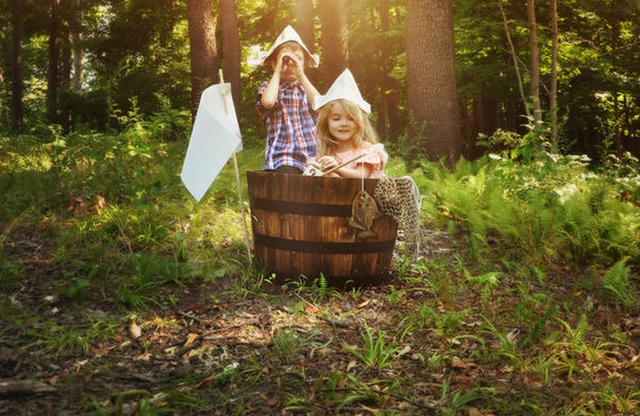 Want to Know if Your Child Will Switch Religions? Watch How They Play, Research Says

A child's imagination during pretend play can take them from a walk around Mars to a picnic in Neverland. However, his or her travels don't stop there. Pretend play may also lead them on a religious journey in his or her adult life.

A study published in current issue of The International Journal for the Psychology of Religion, explored the relationship between childhood pretend play and religiosity, finding that people who intensely engaged in pretend play as children were more likely to change their religious identity later in life.

Chris Burris, the study's author and professor of psychology at St. Jerome's University, said he has an interest in the social psychology of religion and wondered how religion and pretend play would be related.

Pretend play among children is known for enhancing cognitive development, from better social and emotional processing skills to increased vocabulary. Burris hypothesized the essence of make-believe is applicable to that of religion.

"Religion and spirituality requires the participant to go beyond a 'what you see is what you get' way of relation to the world," Burris said. "It's about the unseen, it's about metaphor. Well, pretend play does the same thing."