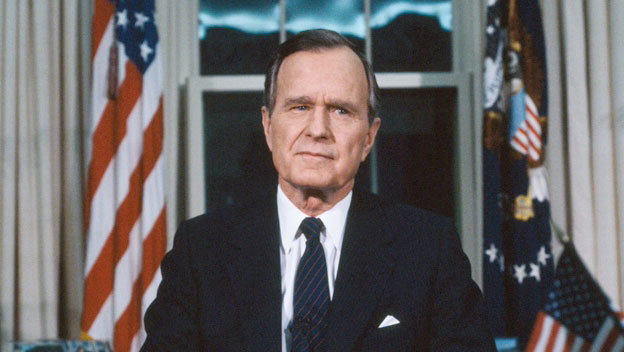 What President George H. W. Bush Had to Say About Latter-day Saints

From the beginning of his presidency on January 20, 1989, President George H. W. Bush maintained a respectful and positive relationship with Latter-day Saints.

Like several presidents before him, George H. W. Bush asked the Tabernacle Choir to perform at his inaugural celebration, where he called the choir “a national treasure” during his swearing-in ceremony.

During the following years, President George H. W. Bush met with General Authorities at Church headquarters on several occasions, admiring Latter-day Saints and their leaders for their values and devotion to service.

"The fact that your church has an active mission program around the world is a wonderful thing.  Not only does the program project commitment by the individual missionaries, but it also shows the church's concern for this wonderful but troubled world in which we live."

When George W. Bush followed in his father's footsteps by becoming president in 2001, he also followed his father's example of keeping good relationships with the Church. In addition to the Tabernacle Choir singing at his inauguration, George W. Bush received several copies of the Book of Mormon, bestowed the Presidential Medal of Freedom on President Gordon B. Hinckley, worked with Latter-day Saints during the 2002 Olympic Games, and invited President Hinckley to the White House following the terrorist attacks on September 11, 2001.