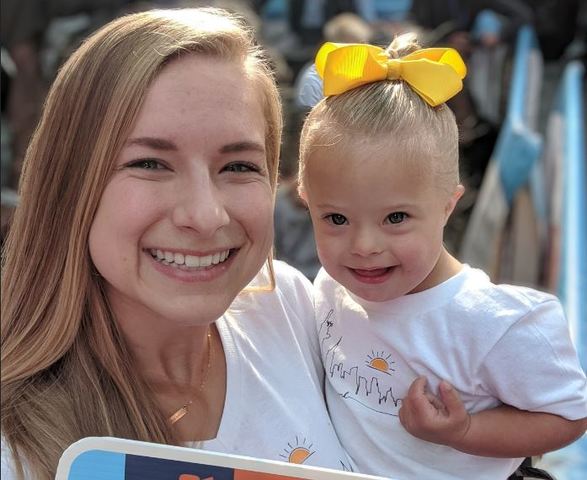 In New York City's Times Square, 2-year-old Nora Hendricks' photo flashed across the jumbotron on September 14, 2019. Her bright blue eyes mirror her cerulean dress dotted with hearts. Nora's lips are caught between a laugh and an open-mouthed smile as she claps her hands together, the embodiment of childhood joy.

For that moment, Nora and her mother, Jessica Hendricks, stood in Times Square with millions of others celebrating the 25th Annual New York City Buddy Walk—an event that honors those with Down syndrome. For this special celebration, the National Down Syndrome Society (NDSS) put together a video presentation to show in Times Square and kick off Down Syndrome Awareness Month in October.

Nora's picture was one of 500 photos that lit up the jumbotron that day, and that moment symbolized much for the Hendricks family. "The Down Syndrome community is not one I ever imagined we would be a part of but now don't know what I would do without. It's a family we didn't know we had and that we didn't know we needed," Jessica Hendricks explains. "As soon as I saw the first NDSS picture come up, I couldn't help but get teary-eyed. When Nora and Jack [Nora's twin brother] were born, Nora's extra chromosome was very unexpected, so to be on Times Square looking up at a jumbotron with her face on it was something I never imagined to happen for our little Nora." 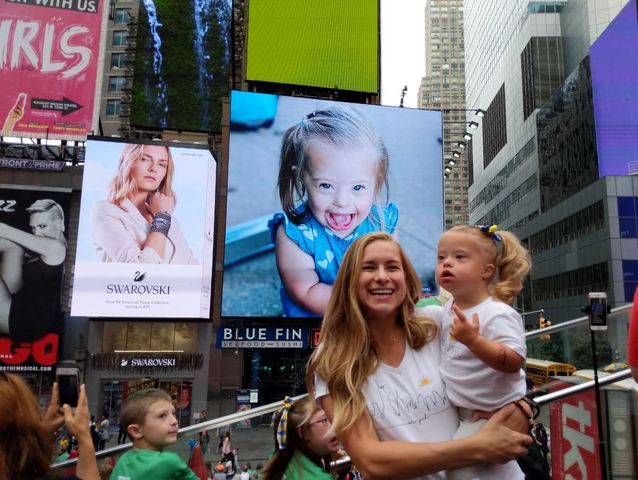 That moment of celebration didn't come without past heartache for the Hendricks family. After Nora was born in 2017, Jessica explains, "When we were told that Nora has Down syndrome, I personally did not know what to expect. I hadn't grown up knowing anyone with Down syndrome, so honestly, all I was thinking about were her future limitations. I was already limiting her abilities at only 10 minutes old."

But Jessica quickly learned that Nora was capable of more than she could have ever imagined. "As I began to embrace Nora's diagnosis, I began to communicate with other people who have a loved one with Down syndrome and began to realize all that Nora is capable of. Nora is capable of making everyone smile. . . . The name Nora means 'light,' and I truly believe that name was meant for her. Nora adds a light to our family, community, and ward. She spreads such happiness and joy to everyone she is with. You could say she has the light of Christ about her."

Jessica remembers, "I was told multiple times to, 'Prepare for the worst.' I found myself on my knees in the nurse's lounge, because that was the only place I could be alone for a few minutes, begging my Heavenly Father for guidance and understanding. I didn't understand why Nora was being put through this, why we as a family were being put through this. It wasn't fair to her or us. But those hard moments are what shaped my faith into what it is today. My faith and confidence in my Heavenly Father has grown from these experiences and has helped me and my family to approach difficult times with patience, understanding, and faith in God." 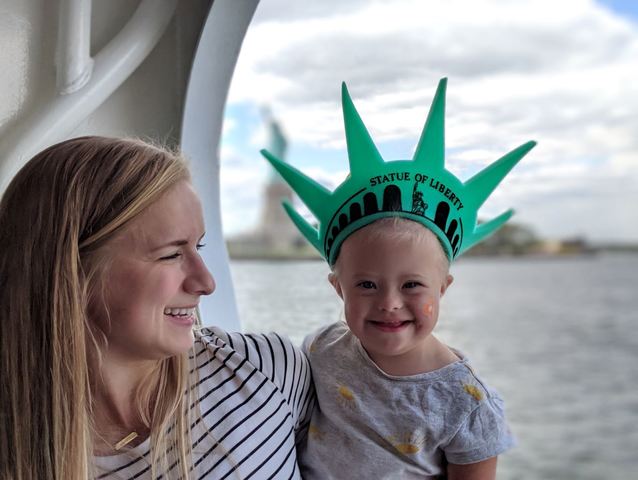 That faith has helped the Hendricks celebrate Nora's abilities, her differences, her contagious smile, and her unique light.

"The greatest blessing we have received in raising Nora is the blessing of Christlike love. We have been so blessed with a sense of unity, kindness, and understanding that she has helped our family to understand how to love like Christ does," Jessica says. "Heavenly Father has blessed us with the beautiful gift of Nora's presence, and now I feel that we must spread Christ's love to those around us." 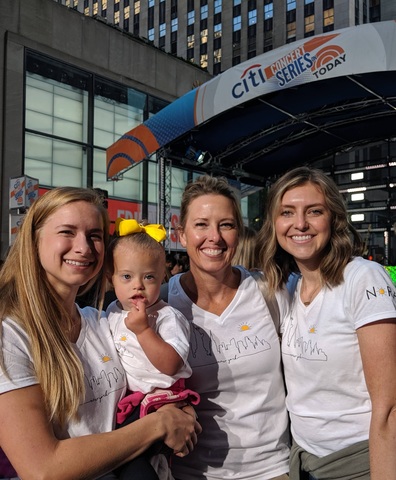 The Hendricks helped spread that love and light when Jessica and Nora traveled from their home in Pocatello, Idaho, to participate in the New York City Buddy Walk. Nora arrived in New York City with her mother, her grandmother Susan Bringhurst, and her aunt Chelsey Poole. While exploring the streets of New York, Jessica noted that her family walked by a vivid mural by Frank Ape that read: "Everyone's Different and Everyone's the Same." To Jessica, the mural signified that "Everyone's different, some may have an extra chromosome, but everyone's the same in the eyes of God. We are all daughters and sons of our Father in Heaven, and 'everyone's [loved] the same.'" 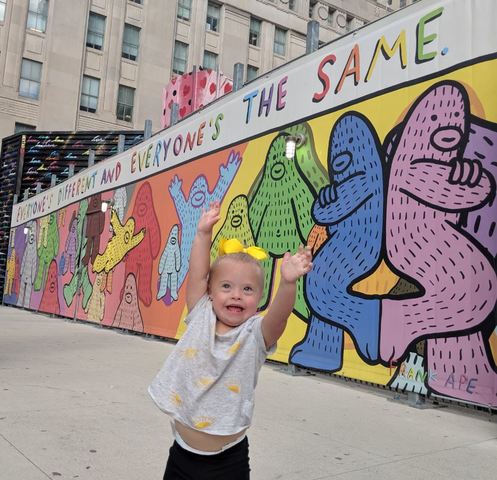