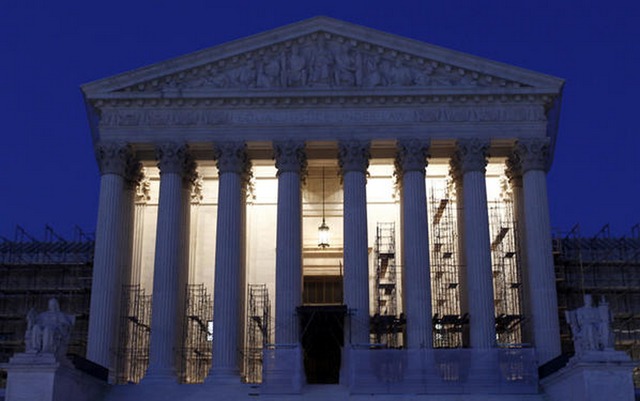 The lawyer Utah hired to defend its marriage law says the U.S. Supreme Court lobbed a dozen "religious freedom grenades" when it legalized same-sex marriage across the country last month.

"The opinion, unintentionally, I think, launched at least 12 religious freedom grenades that are still in the air, and I'll call those the 'dirty dozen,'" he said Tuesday at a conference on religious freedom hosted by the BYU International Center for Law and Religious Studies.

Schaerr said the ruling put at risk the religious rights of professional counselors, other professionals, schoolteachers, parents with children in public schools, government officials such as county clerks, and wedding service providers.

Utah, he said, largely handled all but the public accommodations issue with legislation earlier this year that combined anti-discrimination in housing and employment with religious liberty protections.

"All six of these issues are likely to be big problems in other states for some time to come," he said.

"Obergefell has opened a religious freedom can of worms," he said. "Justice (Anthony) Kennedy seemed to recognize that risk, and he tried to convey a certain level of respect for traditional views on marriage, but still it'll be several years before we know where all the worms end up, and where they end up will depend in large part what we do about it."