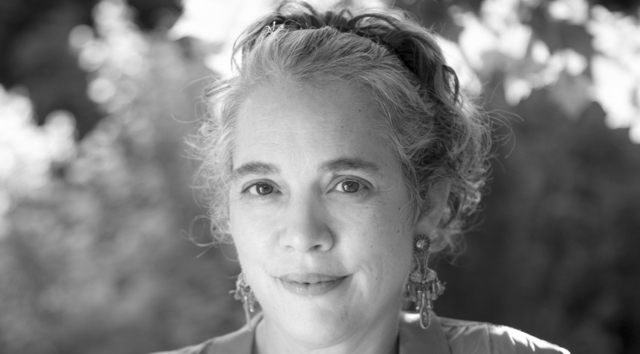 'Be with me': What one Latter-day Saint woman has learned about God’s desire to have a relationship with us

McArthur Krishna, co-author of the Girls Who Choose God series, faced a big decision: Whether or not she should marry someone who was not a member of the Church and move to India. As she sought guidance from God, she received clear confirmation that she should move forward and marry her now-husband, but the decision was anything but easy as it went against McArthur’s plan for herself and what she thought God would’ve wanted for her. At 37 years old, she sought to understand why her path to marriage had been so difficult. The answer? She believes it strengthened her relationship with God.

Read an excerpt from the All In podcast interview with McArthur below or listen to the entire episode here. You can also read a full transcript of the interview here.

McArthur Krishna: Yeah, it's so interesting. And first of all, we should pause and say—my poor husband. He's a marvelous human, we shouldn't make it all out to like, "Oh, so difficult to marry him." Right? Like, poor guy.

Morgan Jones: I'm sure he's fantastic. I actually wish we had him on here to defend himself.

McArthur Krishna: You should interview him, he'd be good. And he's fantastic, because I wouldn't have married someone who wasn't. I was in a meeting once and a woman said, "If we're this age and single, we must be going for the dregs," and I would have stood up and walked out had my roommate not put a restraining arm on me. Because I do not think that's true at all.

Morgan Jones: I have the exact opposite attitude, so there's that.

McArthur Krishna: Yes, I choose “fantastic,” and whoever chooses me gets “fantastic.” There's room to work on all of us, but let's just be clear about [how] we are sons and daughters of God. Right?

McArthur Krishna: So I would say, it's interesting that you just mentioned this because actually I was just proofreading another article for the Mormon Women Project about faith, and I would like to say that it was just this springboard to great and glorious faith. Wouldn't that be a nice answer, if I could actually give that answer? Instead, what I experienced as I went through this year of time, probably two years of time—where I was as righteous as I've ever been, because I had to make so sure that the answer I was getting was crisp and clear and not coming from me. I had to be 100% sure, or I was going to lose my mind. So I went through that period of time—in fact, I'll quote you this—the experience I had, was [that] I was grouchy. And I said to God, "Really? I'm 37 years old, and I've tried to live a righteous life and I'm trying to say my prayers and do all these things, and you could have smoothed this path."

My prayers aren't really known for their humility, but they are known for their authenticity. So I had that conversation. And it was amazing. It was, again, one of those moments—this is fascinating. Some of the [clearest] answers to prayers and the [clearest] interaction I've had with God have been around my relationship with my husband, which is so interesting, right? Like, whether or not I should go to BYU, or whether or not I should go to graduate school, like all of those were "meh." But the husband got the most crystal communication I've had. So when I was having this kind of grouchy conversation, I paused in a snit, and it came very clearly to me: "I could have done it that way. And you would have had a relationship with him, your husband. This way, you have a relationship with him and with me." “ME,” all caps. And I was so humbled. Like, oh, all of that cognitive dissonance, curling up in the fetal position, not knowing what I should do because, could this possibly be right? "Really, this is right?" All the suffering that I went through as a result of this gave me a relationship with my Heavenly Father, because I prayed to Him as desperately as I ever had. And I would like to say that was forevermore, firmly rooted in my soul. But the truth is, I went through the next few years of life, and there were things that just got harder. So I didn't know it was possible.

Morgan Jones: Yeah, it's interesting how that works. You're like, "I think I deserve the easy train at this point."

McArthur Krishna: Right? Like, "Excuse me, I followed your path. It should just flow out. Where's the land of milk and honey?" And instead, I had more “wrenching-ness”—that's a word, “wrenching-ness.” Then all of a sudden, I realized one day that the mistake I was making is that I was not turning to God the way I had previously. Isn't that interesting? I'd learned this. I had learned this big, bold, glorious, and warming truth, and somehow I wasn't living it. Why do we, as humans, do that? And it was so fascinating to me to realize that I had actually totally backslid. So when you ask me, like, "What relationship have you developed in this and where have you gotten to?" I'm like, "I hit a fabulous pinnacle, and then I just slid down the other side of the mountain." And to realize that this earth life is that exact ride, probably over and over and over again, that if we're not constantly, continuously turning to God, that we're gonna slide down that valley. Or we do, and we're in the valley, and we turn to God then.

*Winner of the Association for Mormon Letters 2019 Picture Book Award*

Dive into church history with compelling stories of trail-blazing women. Mothers, midwives, miracle-workers, suffragists, state senators, visionaries, and missionaries— women from our church history have done it all. In choosing God in their moments of challenge, they were a tremendous force for good in the world. Come to know more of your old favorites such as Lucy Mack Smith and Jane Manning James. And get introduced to new trail-blazers such as Ellis Shipp and Mattie Cannon. Paving the way for us to follow, these fifteen extraordinary women can lead us to make our own godly choices. Available now at DeseretBook.com.