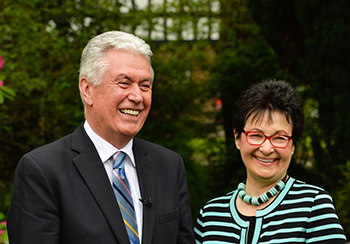 5 of Our Favorite Women's General Session Talks from President Uchtdorf

Known for his colorful ties, love of airplanes, and the incredible service he does for Latter-day Saints, President Dieter F. Uchtdorf is beloved by many in the LDS Church.

With talks that often seem to carry both the ability to make us laugh and make us think more deeply about our discipleship, President Uchtdorf has shared many words of inspired counsel over the years.

And with his amazing talk last Saturday in the general women's session, with a special reminder that we should be "glad" because we are "of the royal house of the kingdom of God, daughters of Heavenly parents who rule throughout the universe," it's also reminded us of previous powerful talks from President Uchtdorf.

From the unforgettable lessons of diligence in following the Spirit from "Fourth Floor, Last Door," to the tender reminder to remember the Savior in "Forget Me Not," President Uchtdorf has shared so many great messages throughout the years. Here are just five of our favorites from past general women's sessions:

1. "A Summer with Great-Aunt Rose"

This talk beautifully illustrates faith and hope through the story of Eva, a little girl reluctantly sent to live with her Great-Aunt Rose for a summer. But as she comes to learn about her great-aunt, she also learns more about what it means to be truly happy.

The day before her father arrived to pick her up, Eva asked the question she had been wondering about for weeks: “Aunt Rose, why are you so happy?”

Aunt Rose looked at her carefully and then guided her to a painting that hung in the front room. It had been a gift from a talented dear friend.

“What do you see there?” she asked.

Eva had noticed the painting before, but she hadn’t really looked at it closely. A girl in pioneer dress skipped along a bright blue path. The grass and trees were a vibrant green. Eva said, “It’s a painting of a girl. Looks like she’s skipping.”

“Yes, it is a pioneer girl skipping along happily,” Aunt Rose said. “I imagine there were many dark and dreary days for the pioneers. Their life was so hard—we can’t even imagine. But in this painting, everything is bright and hopeful. This girl has a spring in her step, and she is moving forward and upward.” 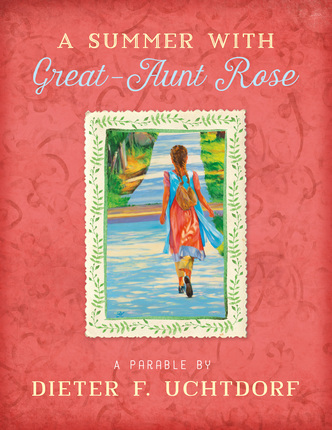 The story of Eva's discovery is contained in President Dieter F. Uchtdorf's insightful parable originally delivered at the October 2015 general women's session of general conference. With charming full-color illustrations by fine artist Salvador Alvarez (the creator of Joy in the Journey, the pioneer-girl painting referred to by President Uchtdorf), this modern-day parable will teach and uplift women of all ages and life situations.

Some journeys in life are easier than others and some are longer than others, but just as President Uchtdorf describes in this talk, there are spiritual maps to guide us back to our Heavenly Father.

Heavenly Father’s interest in you does not depend on how rich or beautiful or healthy or smart you are. He sees you not as the world sees you; He sees who you really are. He looks on your heart. And He loves you because you are His child.

Dear sisters, seek Him earnestly, and you will find Him.

I promise you, you are not alone.

In this talk, President Uchtdorf shares the powerful lesson that Heavenly Father will never forget us and what we can do to never forget Him.

As a child, when I would look at the little forget-me-nots, I sometimes felt a little like that flower—small and insignificant. I wondered if I would be forgotten by my family or by my Heavenly Father.

Years later I can look back on that young boy with tenderness and compassion. And I do know now—I was never forgotten.

And I know something else: as an Apostle of our Master, Jesus Christ, I proclaim with all the certainty and conviction of my heart—neither are you!

You are not forgotten. 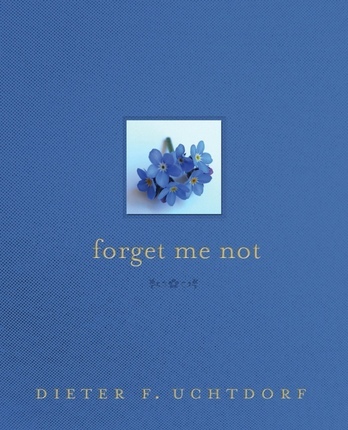 Inspired by the five petals of the tiny forget-me-not flower, President Dieter F. Uchtdorf reminds us of five things we will be wise to never forget:

Using the story of when two missionaries faced rejection again and again but felt inspired to keep going, President Uchtdorf shares a particularly powerful and personal story of what happens when we determine to follow the Spirit and keep trying.

Until then, we walk by whatever faith we have, seeking always to increase our faith. Sometimes this is not an easy quest. Those who are impatient, uncommitted, or careless may find faith to be elusive. Those who are easily discouraged or distracted may hardly experience it. Faith comes to the humble, the diligent, the enduring.

It comes to those who pay the price of faithfulness.

This truth is illustrated in the experience of two young missionaries serving in Europe, in an area where there were few convert baptisms. I suppose it would have been understandable for them to think that what they did wouldn’t make much of a difference.

But these two missionaries had faith, and they were committed. They had the attitude that if no one listened to their message, it would not be because they had not given their best effort.

One day they had the feeling to approach the residents of a well-kept four-story apartment building. They started on the first floor and knocked on each door, presenting their saving message of Jesus Christ and the Restoration of His Church.

5. "Your Happily Ever After"

For a moment, think back about your favorite fairy tale. In that story the main character may be a princess or a peasant; she might be a mermaid or a milkmaid, a ruler or a servant. You will find one thing all have in common: they must overcome adversity.

Cinderella has to endure her wicked stepmother and evil stepsisters. She is compelled to suffer long hours of servitude and ridicule.

In “Beauty and the Beast,” Belle becomes a captive to a frightful-looking beast in order to save her father. She sacrifices her home and family, all she holds dear, to spend several months in the beast’s castle.

In the tale “Rumpelstiltskin,” a poor miller promises the king that his daughter can spin straw into gold. The king immediately sends for her and locks her in a room with a mound of straw and a spinning wheel. Later in the story she faces the danger of losing her firstborn child unless she can guess the name of the magical creature who helped her in this impossible task.

In each of these stories, Cinderella, Belle, and the miller’s daughter have to experience sadness and trial before they can reach their “happily ever after.” Think about it. Has there ever been a person who did not have to go through his or her own dark valley of temptation, trial, and sorrow? 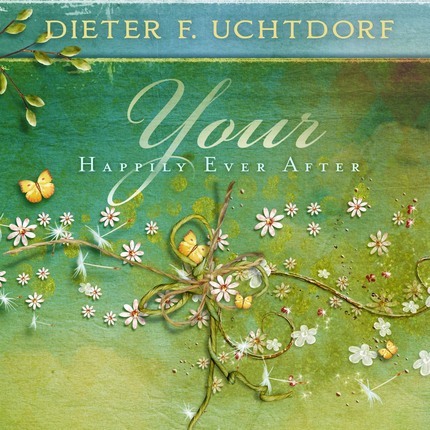 Speaking to the princesses of our Heavenly King, President Dieter F. Uchtdorf compares their challenges to those faced by famous fairy-tale heroines. Recounting Belle's captivity, Cinderella's servitude, and the sacrifices of the miller's daughter, President Uchtdorf emphasizes that each princess had to overcome adversity before she reached her happily ever after.