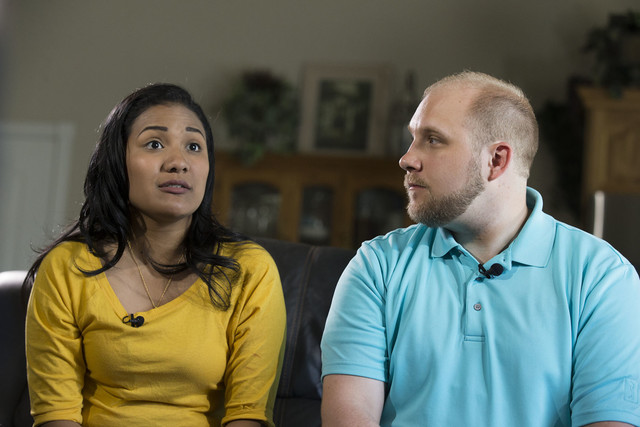 "God Has Given Us a Chance to Reclaim Our Lives": Josh and Thamy Holt Share the Hope, Tender Mercies They Found in Venezuelan Prison

"When you're going through a bad situation, open your mind and see those small and tender mercies because they really are there," Josh Holt says.

Several times over the two years he and his wife, Thamy, spent behind bars, officers would tell him to gather his belongings because he was going to be freed.

"I'd get my stuff together and they'd just come by laughing at me," he said Thursday. "They found it funny to see people get so excited and then have that hope taken away."

It was important to maintain hope, Holt says now, but the couple had to learn to control it so that they didn't crash when the promise of freedom was ripped away again.

Thamy and Josh Holt sit on the front porch of their Riverton home on Thursday, June 21, 2018. The couple, imprisoned in Venezuela for nearly two years, was released last month.

By the time he heard on Memorial Day weekend that he and his wife would be released, Holt didn't believe it.