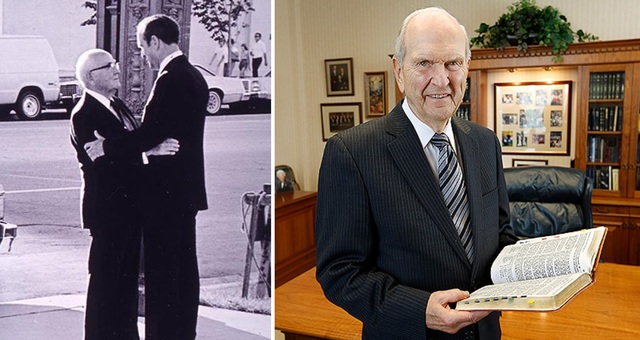 “I Shall Never Forget That Lesson”: The Conversation President Nelson Had with a Future Prophet That Made a Lasting Impact

Not long after my call to serve as one of the Twelve Apostles, I was summoned to the office of the President of our Quorum, President Ezra Taft Benson. He expressed deep concern that members of the Church did not fully appreciate the value of the Book of Mormon. With emotion in his voice, he read to me from the eighty-fourth section of the Doctrine and Covenants:

“Your minds in times past have been darkened because of unbelief, and because you have treated lightly the things you have received—

“Which vanity and unbelief have brought the whole church under condemnation” (Doctrine and Covenants 84:54–55).

By that time, President Benson had completely captured my attention. He then concluded his admonition:

“And they shall remain under this condemnation until they repent and remember the new covenant, even the Book of Mormon” (Doctrine and Covenants 84:57).

I shall never forget that lesson. Since then, . . . many other leaders of the Church have continued to extol the Book of Mormon to people throughout the world.

When you read the Book of Mormon, concentrate on the principal figure in the book—from its first chapter to the last—the Lord Jesus Christ, Son of the Living God. And look for a second undergirding theme: God will keep His covenants with the remnants of the house of Israel. (“A Testimony of the Book of Mormon,” Ensign, November 1999)

The Savior referred to the Book of Mormon as His “new covenant” with the house of Israel (Doctrine and Covenants 84:57). It is a tangible sign of Christ’s culminating covenant with mankind. The divine teachings of this book, as another testament of Jesus Christ, clarify doctrine and unify the Old Testament with the New Testament. The Book of Mormon explains how teachings of the Lord predated His birth in Bethlehem. The rest of the world cannot explain the apparent paradox of Christianity before the birth of Christ, but we can. Scriptural covenants, testaments, and witnesses, since the beginning of time, relate to the Atonement of Jesus Christ. It is the central act of all human history. (“Helping Missionaries Understand the Role of the Book of Mormon in Conversion,” Mission Presidents Seminar, June 23, 2000)

We need to take even greater advantage of the power of this book. Its principal authors and its inspired translator gave their lives to make it available to us. We should treat each copy with reverent respect. We should not give it away casually. And we ought not to promote the “speed-reading” of its sacred pages. We should never make reading the Book of Mormon seem like an onerous duty, like the gulping of nasty medicine to be swallowed quickly, and then checked off with finality.

Help the [Saints] to have the thrill of discovering the divine doctrine of Christ. Help them to feel that sweet, faith-promoting spirit that comes when one studies the Book of Mormon, pondering it prayerfully, with a deep desire to be taught by the Lord Himself. If one so studies the Book of Mormon, heaven will reveal the truth and deepen one’s conversion to the Lord, through the power of the Holy Ghost (see Moroni 10:4–5). (“Strengthen the Shepherds,” General Conference Leadership Meeting, September 28, 2016)

More Precious Than Diamonds and Rubies

In 1986, I was invited to give a special lecture at a university in Accra, Ghana. There I met a number of dignitaries, including an African tribal king. As we visited prior to the lecture, the king spoke to me only through his linguist, who then translated for me. I responded to the linguist, and the linguist then translated my responses to the king.

After my lecture, the king made his way directly to me, but this time without his linguist. To my surprise, he spoke in perfect English—the Queen’s English, I might add!

The king seemed puzzled. “Just who are you?” he asked.

I replied, “I am an ordained Apostle of Jesus Christ.”

The king asked, “What can you teach me about Jesus Christ?”

I responded with a question: “May I ask what you already know about Him?”

The king’s response revealed he was a serious student of the Bible and one who loved the Lord.

I then asked if he knew about the ministry of Jesus Christ to the people of ancient America.

As I expected, he did not.

I explained that after the Savior’s Crucifixion and Resurrection, He came to the people of ancient America, where He taught His gospel. He organized His Church and asked His disciples to keep a record of His ministry among them.

“That record,” I continued, “is what we know as the Book of Mormon. It is another testament of Jesus Christ. It is a companion scripture to the Holy Bible.”

At this point, the king became very interested. I turned to the mission president accompanying me and asked if he had an extra copy of the Book of Mormon with him. He pulled one from his briefcase.

I opened it to 3 Nephi chapter 11, and together the king and I read the Savior’s sermon to the Nephites. I then presented the copy of the Book of Mormon to him. His response lodged in my mind and heart forever: “You could have given me diamonds or rubies, but nothing is more precious to me than this additional knowledge about the Lord Jesus Christ.”

After experiencing the power of the Savior’s words in 3 Nephi, the king proclaimed, “If I am converted and join the Church, I will bring my whole tribe with me.”

“Oh, King,” I said, “it doesn’t work that way. Conversion is an individual matter. The Savior ministered to the Nephites one by one. Each individual receives a witness and testimony of the gospel of Jesus Christ” (see 3 Nephi 17:9–12).

I testify that the Book of Mormon is truly the word of God. It contains the answers to life’s most compelling questions. It teaches the doctrine of Christ (see, e.g., 2 Nephi 31:2–21). It expands and clarifies many of the “plain and precious” truths that were lost through centuries of time and numerous translations of the Bible (see 1 Nephi 13:29–33). 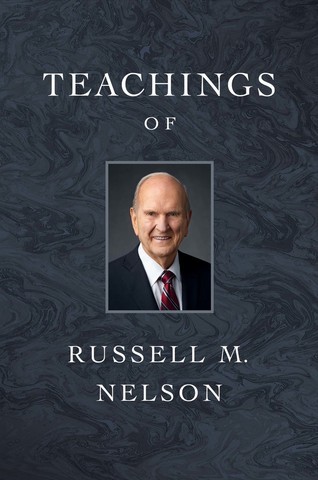 To help you better accomplish President Nelson's challenge during the general women's session to read the Book of Mormon by the end of the year and make note of your feelings about the Savior as you read, check out this journal edition of the Book of Mormon. With extended margins for notes and reflection, this new format will allow you to write your thoughts directly in your scriptures and easily find them again in times of need. Suited for every stage of life, this book will help increase your connection to your most treasured verses and make your personal scripture study even more meaningful.