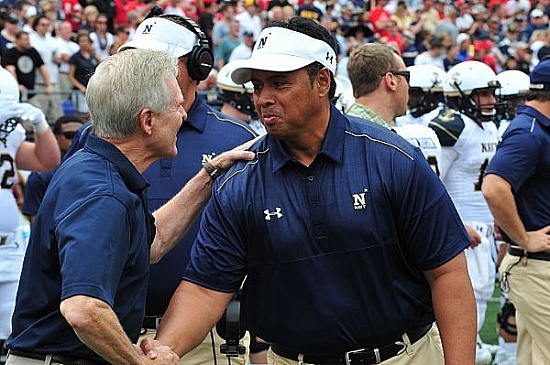 Ken Niumatalolo, Meet the Mormons star and the "all-time winningest" head football coach in the U.S. Naval Academy's history, according to navysports.com, received a prestigious award for the second consecutive time in his career.

But Niumatalolo stays humble about his successful career. In fact, he credits his success to keeping gospel principles both on and off the field.

"We became the winningest staff at the Naval Academy by never meeting on Sundays, and Sundays are (regarded as) the most important preparation day in college football," said Niumatalolo, according to a Deseret News article.

Though this may seem like a huge sacrifice to others in Niumatalolo's line of work, he told students at LDS Business College's "Learn to Earn" Conference last February that he keeps an "eternal perspective."

"When building your earthly kingdom becomes more important than building the kingdom of God, you will never be happy. It will never work out," Niumatalolo said, according to the Deseret News. "Who you are should determine what you do. ... Build your brand with your testimony embedded in it."