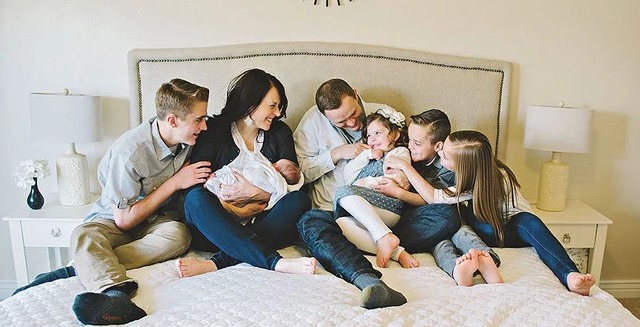 This LDS father and husband found the best way he could grieve and remember his wife was by trying to ensure others don't have to experience what his family did.

Seven months ago, Eric Dyches was in his car, on his way to help his wife calm down from a severe panic attack, when his father-in-law delivered the shocking news: Emily Cook Dyches had jumped out of his vehicle on the interstate and ran directly into the path of a semi-truck. She’d been killed instantly.

The Salem, Utah, mother of five had suffered from postpartum depression for more than a year since the birth of her last child, Trey, but nobody dreamed that her perinatal mood disorder would lead to her death.

“She’d spent the day with her parents and her dad was driving her home when she became so anxious that she panicked and he had to pull over,” Eric, 39, tells PEOPLE. “I was on the phone with my father-in-law when she jumped out.”

After gathering his children around that afternoon to tell them that their mother wouldn’t be coming home, Dyches felt strongly that he had do something in Emily’s honor to help other women who suffered from debilitating postpartum depression.