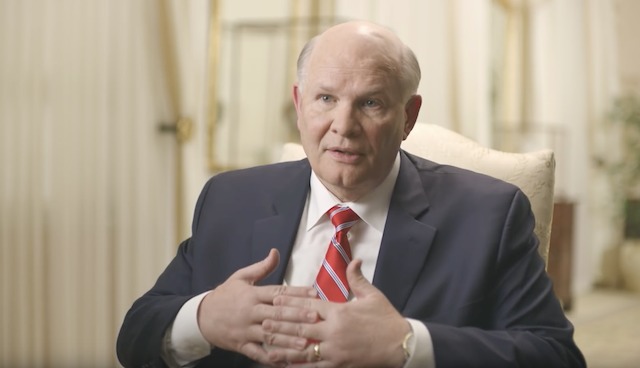 'We need to reach out with love and understanding': 8 powerful Church videos about suicide prevention

byNewsroom of The Church of Jesus Christ of Latter-day Saints | Sep. 10, 2020

This press release was originally published in July 2018 and is being shared again in recognition of World Suicide Prevention Day.

In an ongoing effort to help prevent suicide, The Church of Jesus Christ of Latter-day Saints has released a series of hopeful videos—several of which come from Elder Dale G. Renlund of the Quorum of the Twelve Apostles—that encourage Latter-day Saints to listen to and love those considering suicide.

► Also read: What the Church Has Said About Suicide: Comforting Answers from Church Leaders

Elder Renlund encourages Latter-day Saints to “reach out in love and caring for those who have suicidal thoughts, who have attempted suicide, who feel marginalized in any way. We need to reach out with love and understanding. And you do that in concert with health care professionals, with ecclesiastical leaders, with friends and family support.”

The Latter-day Saint leader says the “old sectarian notion that suicide is a sin and that someone who commits suicide is banished to hell forever” is “totally false.” He adds that “we know from all the statistics out there that someone in the ward [congregation] is hurting. Someone is having suicidal thoughts in your ward. And as we come together as families, as churches, in a community, we can do better than we’re doing now. … Heavenly Father is pleased when we reach out and help His children. I think He’s profoundly pleased.”

► Also read: Where the Myth That Those Who Commit Suicide End Up in the Telestial Kingdom Originates

Two videos feature personal stories — one young who found hope after surviving a suicide attempt, the other of Rodolfo Beltran, who endured the suicide of his son away at college.

“To call someone who is attempting suicide selfish is really not OK because there are other things that they are struggling with,” one female suicide survivor says. “They didn’t wake up one morning and say, ‘Oh, I want to attempt suicide.’ No, it’s a state of being. Just because we can’t see what someone is thinking or going through doesn’t mean that they don’t need help. To someone who is struggling, I would definitely say, ‘Please reach out.’ There’s always someone there who is willing to listen.”

Beltran, a local Church leader in Washington, D.C., whose son Carlos took his own life, says he used to think suicide only affects families with big problems. But now he knows suicide “can affect anybody. We need to learn as leaders of the Church how to prevent this. We need to learn how to talk about it. We need to understand that mental illness is just like having any other illness.”

“When anyone says they are contemplating hurting themselves or they’ve had thoughts about a specific plan to take their own life — it’s shocking,” Sister McConkie says. “And in that moment you really don’t know what to say. And yet at that same time you’ve got to pull yourself together and seek the Spirit of the Lord to guide you, to help you feel what He would say, to help you express love for that person and the assurance that you are there for them. … We’re walking this [path] together, and we have a covenant responsibility to look out for one another.”

All videos can be viewed in the media carousel above, or you can visit suicide.churchofjesuschrist.org.