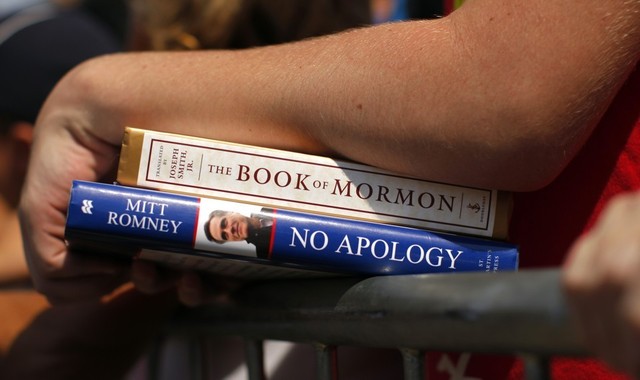 "The Atlantic" Defends Mormonism with "The Ignorance of Mocking Mormons"

It's so wonderful to see others sticking up for our religious freedom and beliefs: "It’s precisely the beliefs of Latter-day Saints that critics dismiss as strange which produce the behaviors those same critics often applaud," Hal Boyd write on The Atlantic.

“What the Mormons do, seems to be excellent,” according to Charles Dickens’s 19th-century journal Household Words, “what they say, is mostly nonsense.”

Writing in The Atlantic this week, Kurt Andersen praises members of the Church of Jesus Christ of Latter-day Saints or Mormons for their “sincere commitment to leading virtuous lives” while simultaneously snickering at their “extreme and strange” beliefs.

There is, of course, a long and rather ignoble tradition of simultaneously praising and mocking Mormons. In the throes of World War II, President Franklin Roosevelt sent off a friendly missive to Winston Churchill and his wife. Roosevelt noted his “very high opinion of the Mormons” while also taking the opportunity to poke fun at Mormon polygamy, which had officially ended in 1890.