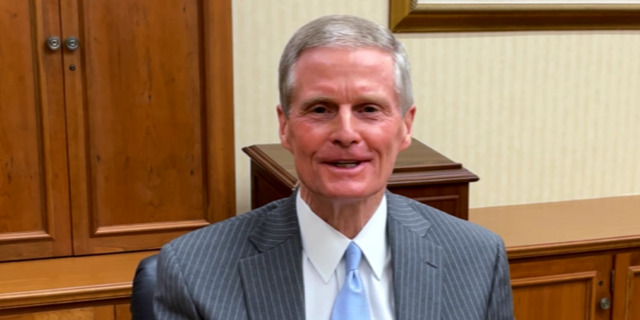 ‘There’s no such thing as balance’: Elder Bednar shares an object lesson you may need right now

Elder David A. Bednar was once watching television when he saw some acrobats performing a trick. The acrobats would place a plate on a stick on the arm and start spinning it. Then another stick and plate on the forehead. The acrobats would keep the plates spinning, but Elder Bednar noted something he found fascinating:

“Can you ever have all of the plates on all of the sticks rotating at exactly the same speed? The answer is no. You have to know which one will be the first to spin so slowly that it’s going to fall, and you need to make sure that you’re spinning that plate.”

Elder Bednar shares this object lesson in a new video posted on Facebook, sharing that he is often asked how to find a balance between competing demands: home, employment, self-care, and serving in the Church.

“I have what perhaps many would think is a very unusual answer, and that is ‘Quit worrying about it because there’s no such thing as balance. It doesn’t exist,’” Elder Bednar says. “We can only do one thing in a given moment. So in the moment that I’m attending to my family, I’m neglecting church and employment and maybe even myself. When I’m exercising, I’m neglecting some things. And we can drive ourselves crazy if in every moment we’re worried about all the things that we’re not doing. We never get anything done then that really matters. So if I’m at home, I need to be at home. If you’re serving in church, then be engaged in service.”

After relaying the object lesson of the acrobats, Elder Bednar notes sometimes we try to spin nine plates and that’s impossible.

“Identify the two, the three, the four most important priorities in our lives, and then make sure that we are always returning in time to make sure that each one gets the spin that it needs,” Elder Bednar says. “That imagery may sound silly to you, but I hope it’s helpful. Don’t, don’t spend all of your time trying to achieve this perfect equilibrium because it doesn’t exist. Focus on the things that matter most in the moment, and you’ll have the Lord’s help to be able to juggle and attend to all of those important priorities in your life.”

Lindsey Williams is the mentor operations coordinator at BYU-Pathway Worldwide. Previous stops in her career include web editor with LDS Living, the Special Projects Department of The Church of Jesus Christ of Latter-day Saints, and Utah Valley Magazine. The Colorado Springs native enjoys hiking and reading.