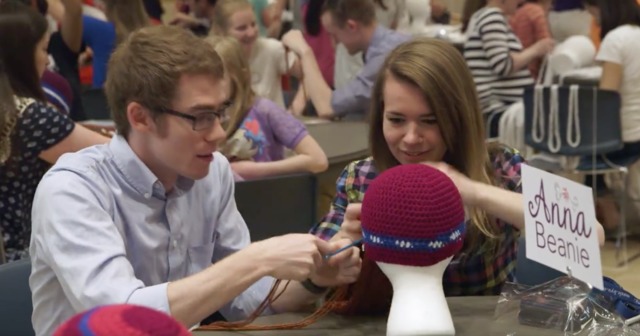 BYU Students Complete 185 Disney Wigs for Children with Cancer: "This Is the Biggest Workshop We've Ever Had"

Behind her, BYU students sit at large tables meticulously weaving yarn in and out of beanies to create "yarn wigs."

And behind them, students are waiting patiently for their chance to help in a line that goes far beyond the auditorium doors.

But these wigs, which include a range of Disney princesses, will not go to the students. These wigs are going to children fighting cancer.

Christensen's Magic Yarn Project is a non-profit organization that makes and donates yarn wigs to children not just in the U.S. but to children around the world. It began when Christensen, an oncology nurse, made a Rapunzel yarn wig for her friend's daughter who was diagnosed with cancer.

"She was able to see her daughter just be a little girl again who was twirling around in her dress with her Rapunzel braid and having fun," she says in a video on The Magic Yarn Project website. "This little girl who had previously been lost in this painful, scary world of cancer." 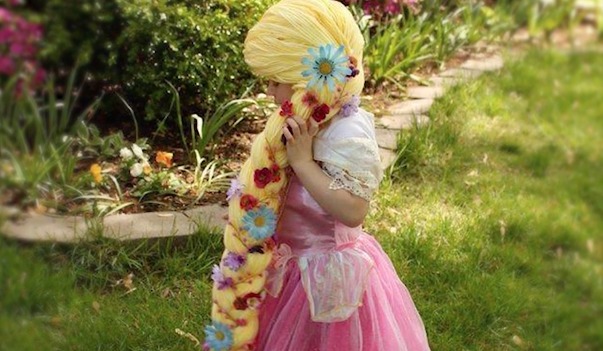 After this powerful experience, Christensen posted a few pictures of yarn wigs on her Facebook page and asked if anyone would be interested in helping her make a few dozen wigs. Within a few days, that post was shared 217 times on her Facebook page alone. Websites like Babble, Buzzfeed, and many others shared Christensen's story, and soon she had to convert her one-car garage into a workshop. She also scaled back her hours as a nurse to create more wigs, but it wasn't enough. By then, the demand for the wigs had risen to the point where Christensen needed more help to fill all the orders.

To meet the need for her wigs, Christensen holds workshops at schools, churches, and hospitals, attracting everyone from teenagers to mothers to grandmothers and even a member of the Seattle Seahawks football team.

And recently, Christensen held a community event at BYU.

"This is the biggest workshop we've ever had," Christensen says in the video below, as BYU students crowd around large tables to work on the wigs.

"Seeing all these people come, it makes me cry," nursing student Kapri Beus added in the video.

Through the efforts of the BYU students, 185 wigs were completed at the workshop.

"There have been times a little voice inside myself says, 'These are just wigs; this isn't really that big of a deal or that important'" Christensen says in her video. "And then we get emails and they tell us how much it meant to them to see their daughter smile again."