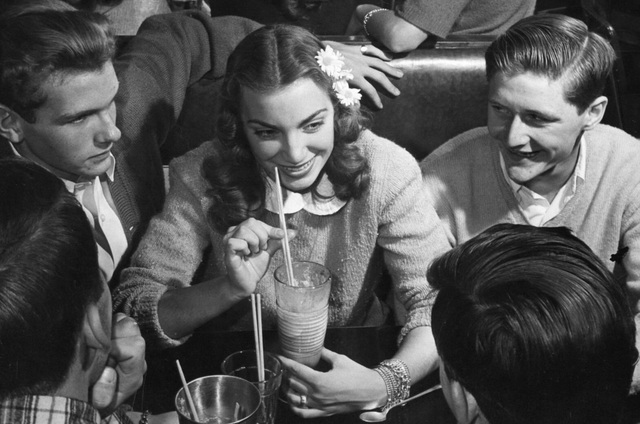 "Time" Features What Makes Dating So Difficult Within the LDS Church

Recently, Time examined why dating in the LDS world is particularly frustrating. Jon Birger writes, "It’s not that He’s Just Not That Into You—it’s that There Just Aren’t Enough of Him."

At first glance, the state of Utah—60 percent Mormon and home of the LDS church—looks like the wrong place to study what I like to call the man deficit. Like several other western states, Utah actually has more men than women. Utah’s ratio of men to women across all age groups is the fifth highest in the nation. But lurking beneath the Census data is a demographic anomaly that makes Utah a textbook example of how shifting gender ratios alter behavior. The LDS church actually has one of the most lopsided gender ratios of any religion in the United States.

“There are so many options for the men, it’s no wonder it’s hard for them to settle down,” said Deena Cox, a single, 34-year-old office manager who lives in Salt Lake City.

One fact that becomes apparent when studying the demographics of religion is that it is almost always the women who are more devout. Across all faiths, women are less likely than men to leave organized religion. According to the Pew Research Center, 67 percent of self-described atheists are men. Statistically speaking, an atheist meeting may be one of the best places for single women to meet available men.

Due to men’s generally higher rates of apostasy, it makes sense that the modern LDS church, like most religions, would have slightly more women than men. The Utah LDS church was in fact 52 percent female as recently as 1990. Since 1990, however, the Mormon gender gap in Utah has widened dramatically—from a gender ratio of 52:48 female to male in 1990 to 60:40 female to male in 2008, according to a study co-authored by ARIS researchers Rick Phillips, Ryan Cragun, and Barry Kosmin. In other words, the LDS church in Utah now has three women for every two men.

The sex ratio is especially lopsided among Mormon singles. Many individual LDS churches—known as “wards”—are organized by marital status, with families attending different Sunday services from single people. Parley’s Seventh, one of Salt Lake City’s singles wards, had 429 women on its rolls in 2013 versus only 264 men, according to an article in the Salt Lake Tribune newspaper.

Read the rest of this story at time.com

Mormon Life DatingDating,Mormon Life
Comments and feedback can be sent to feedback@ldsliving.com