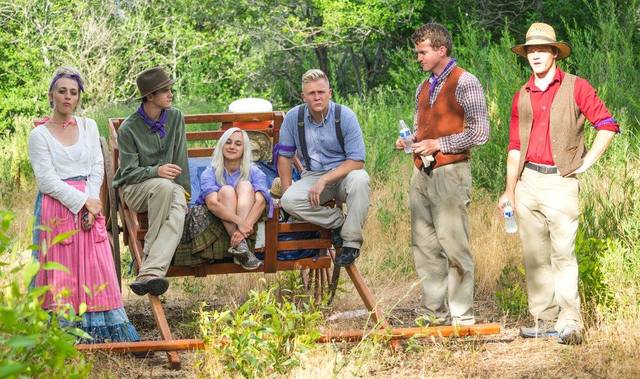 The LDS Film Festival is well underway with events and showings beginning Monday, February 26th, and running through Saturday, March 3. From animated videos, short films, and full-length movies, the festival offers an array of options for film aficionados.

But one of the highlights of the 17th annual film festival is the premiere of a new LDS comedy based on a peculiar ritual in our Mormon culture: trek. The film is set to release in select theaters across the nation in April.

Written by veteran Hollywood screenwriters David Howard (writer of Galaxy Quest) and Jon Enos, this family comedy follows a group of LDS teens as they stumble their way through the sagebrush looking for their pioneer heritage and their own testimonies. Alan Peterson, producer/director of the Christmas Dress and one of the stars of The Cokeville Miracle, is the director.

The tagline of the movie, "It's a Mormon thing," perfectly sums up the humor and spunk of the movie.

For more information about the movie, or to participate in LDS Living's free giveaway of tickets to see the premiere, check out our Facebook page.