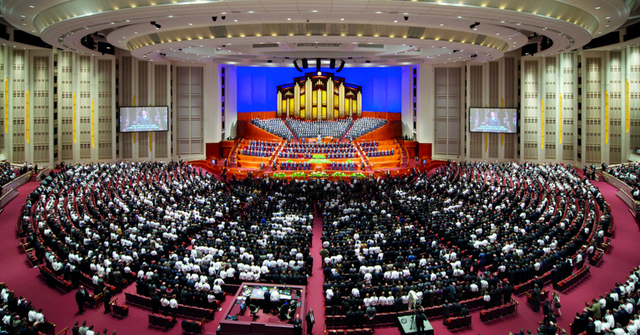 Throughout the years, general conference has garnered coverage from major news publications.

But most recently, The Washington Post and The New York Times published two articles about this October's general conference addresses.

Though the tone of the articles did not always match that of the speaker, they highlighted the Saturday morning and Saturday afternoon sessions.

In particular, the articles overlapped in their coverage of Elder Craig C. Christensen's talk about the prophet Joseph Smith.

One article Mormon leader: Defend founder Joseph Smith’s story specifically highlighted Elder Christensen when he asked members who may be questioning their testimony of Joseph Smith or struggling with false information about the first prophet of the Church to “consider the fruits—the many blessings that have come to us through the miraculous mission of Joseph Smith, the prophet of the restoration."

The article mentioned possible reasons for this address, including polygamy and critics of Joseph Smith's account of the first vision, but also mentioned the fact that the Church has published documents, including the Joseph Smith Papers Project, which "is an effort to gather together all extant Joseph Smith documents and to publish complete and accurate transcripts of those documents with both textual and contextual annotation."

"If we turn a health law or any other principle into a form of religious fanaticism, we are looking beyond the mark,” Elder Cook said in his address.

But regardless of length or overall tone, it's interesting that general conference was covered by these outside sources and that The New York Times and The Washington Post shared the words of our apostles.