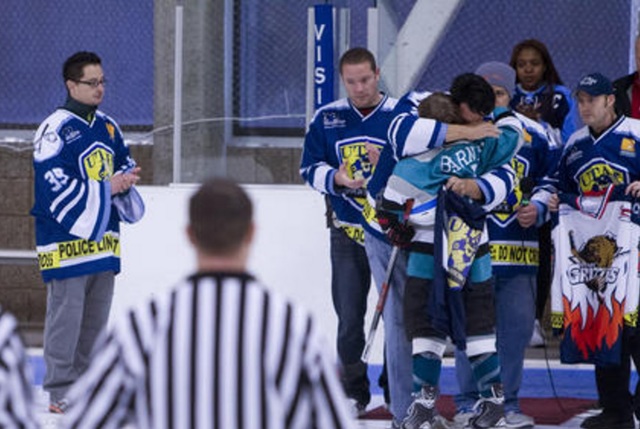 Officer Doug Barney loved watching his son Jack's hockey games--he hardly ever missed and always cheered excitedly. But, after being shot and killed in the line of duty, this week was the first week Jack would play without his father. Instead, he had hundreds of other officers cheering him on.

Saturday marked 13-year-old Jack Barney's first hockey game without his father, the police officer who was slain in the line of duty earlier this week.

But Jack wasn't alone. As his mother, Erika Barney, sat in the bleachers surrounded by friends and family, hundreds of police officers from across the state were also there in the Acord Ice Arena on Saturday to cheer him on. 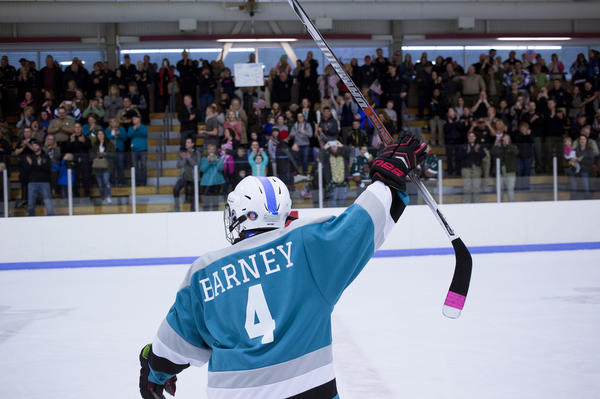 They jumped to their feet and screamed when Jack scored the third goal. After his team won 4-3, Jack skated a victory lap, raising his hockey stick to the cheering crowd.