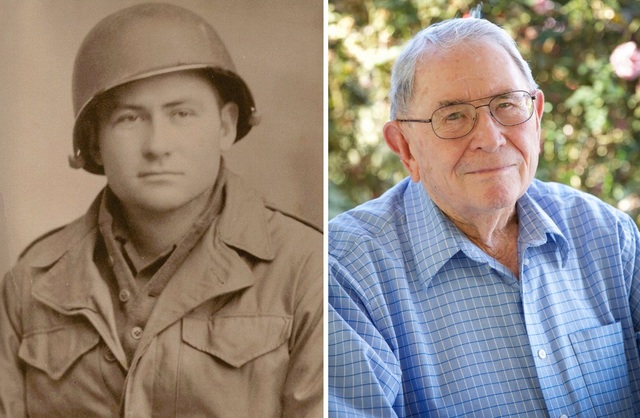 After a reconnaissance mission in France during the closing years of World War II, Sergeant Benner Hall sat with his men along a small country road, waiting for his next assignment. A sudden feeling descended on Hall—a prompting to move his men out of danger.

"I noticed we were parked right in front of a big gate, and I was inspired to tell my driver to pull up behind the next jeep," Hall says. Within moments after moving, a German artillery shell hit that same spot and "blew the gate all to pieces." In amazement, Sergeant Hall's driver asked him how he knew he needed to move, and Hall explained the source of his inspiration, to which the driver replied, "I want to drive for you forever."

A Blessing of Comfort

Born on July 23, 1918, Benner Hall has survived two world wars, the 1918 Spanish flu pandemic, the Great Depression, and countless other historical events over the past century. While preparing to celebrate his 100th birthday this month, Hall counts his 6 children, 25 grandchildren, 83 great-grandchildren, and 1 great-great-grandchild among his greatest accomplishments in a life full of service for his country and his faith. 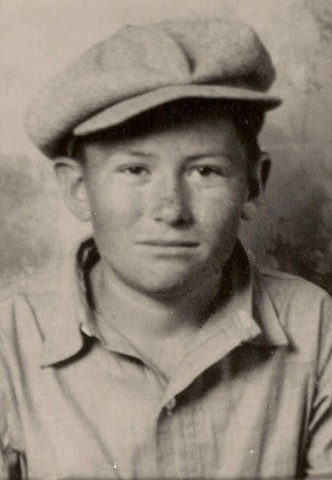 After his first wife passed away in 1944, Hall decided to enlist in the Army Air Corps, but after it was discovered Hall was colorblind, he was drafted into the army, becoming a patrol leader in a cavalry reconnaissance squadron.

A convert to the LDS Church of five years, Hall had not received a patriarchal blessing when he began his military service, but while on furlough before being shipped overseas, Hall visited his patriarch. "As I read [my patriarchal blessing], I was really disappointed because I expected it to tell me whether I would survive the war, and it didn’t say anything about it," Hall says. But while Hall was stationed in Europe, he rediscovered the blessing among his papers and realized none of the blessings promised or the accomplishments outlined in his blessing had come to fruition. After that moment, Hall had an abiding sense of peace and comfort. "I just had a strong testimony that I would survive and I did," Hall says. "We had a lot of casualties in our outfit, but I was lucky and I survived."

While Hall's faith provided hope and divine guidance that, at times, saved his life, the war was not without its spiritual struggles. "Quite often [my experiences during the war] tempted and tried to interfere with my spirituality," Hall says. "But because I had been sealed to my first wife in the temple, I realized the promises that I had made, so that boosted me spiritually and helped me avoid temptations."

While Hall's men "accused [him] of praying too often," they recognized the unspoken power and peace that filled Hall's life. 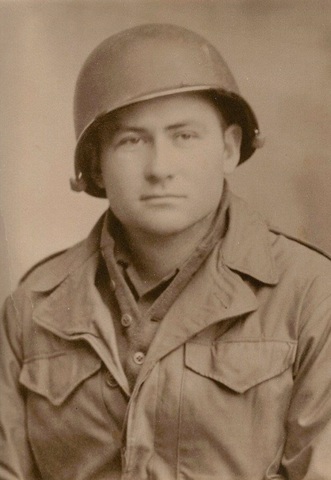 A cogent example of God's guidance in Hall's life came while he was protecting a damaged bridge over the Saar river in Germany. Sergeant Hall and a fellow soldier, Paul, were holed up in a two-story house looking over the river. As Hall peered out the window, he saw two German soldiers cross the bridge and begin investigating nearby houses. When they approached the house where Hall was stationed, Hall gripped his carbine rifle tightly, peering through the site as Paul went downstairs to confront them.

Hall recounts, "Paul stepped out the door and told them to raise their hands. One of them threw his gun in the snow right away and raised his hands, but the other one started to raise his gun up to shoot Paul. So I had to shoot."

At the sound of the gunshot, the German who had laid down his gun fled down the snow-strewn street. Understanding that the soldier knew their location and posed a threat, Hall prepared to fire again. "I aimed right in the middle of his back, fired, and he kept running. I fired again, he kept running. Then I thought, 'Well there’s something wrong with my carbine.' So I picked up an M1 rifle, shot three more times right in the middle of his back—that confused me because I had become an expert on each weapon we had. I started to shoot one more time but he ran around behind a house."

As Hall went downstairs to check on Paul, a U.S. patrol made their way down the street, the same German soldier in tow, his hands in the air. With the help of an interpreter, the soldier was interrogated, and Hall learned he was a 16-year-old boy named Wilhelm who had been forced to fight in the war. When the patrols had seized Wilhelm, he had been crouched behind a house praying.

Hall recalls, "One of our men told [the interpreter], 'You just tell Willy that he’s real lucky because Sergent Hall is a dead-eye dick, a cowboy from Arizona.' Well, I wasn’t a cowboy, but most of the Germans thought that if you were from Arizona you had to be either a cowboy or an Indian."

When Wilhelm heard Hall was from Arizona, he became very excited. Hall recalls, "He said, 'Oh! Arizona? My family has a very good friend that lives in Arizona. He was a Mormon missionary that taught my family the gospel when I was just a little boy.'"

That's when the men began to ask, "Hey Hall, aren’t you a Mormon?" Hall continues, "I said, 'Yes,' so Willy jumped up and grabbed my hand and started shaking it saying, 'Oh Bruder Hall, Bruder Hall!'—that means Brother Hall. . . .' One of our men asked him what he was praying about behind that house when they found him. He said, 'I was just thanking my Heavenly Father that I wasn’t killed while running down that street.' We sent him back to the prisoner of war center, and that was the last I heard of him."

Nearly six decades later, this same story would inspire the events of the movie Saints and Soldiers.

In 2002, Hall was featured in a documentary called Saints at War that captured Latter-day Saint experiences of WWII. Shortly after the release of the documentary, Hall was contacted by a producer who wanted to turn elements of his and other veterans' real-life experience into a full-length movie.

"What they did is they took a lot of these stories that happened in different places and put them all together in one place," Hall says, adding, "I got killed in the movie."

After the war, Hall remarried and returned to Arizona, where he taught industrial arts for 35 years. Throughout his life, Hall has continued to serve the Lord, serving two missions with his wife (one to Peru and one to Nauvoo) and serving as the director of the genealogical library in Mesa, Arizona. 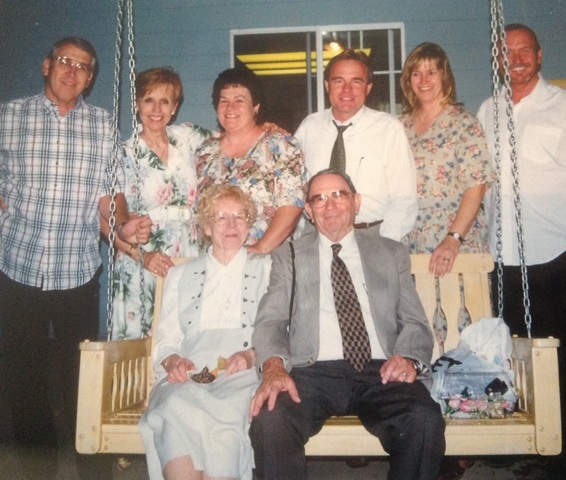 Benner Hall with his wife, surrounded by their children, at their 50th wedding anniversary in 1998.

After his return from his second mission, Hall served as an ordinance worker for 22 years and has indexed over 780,000 names. 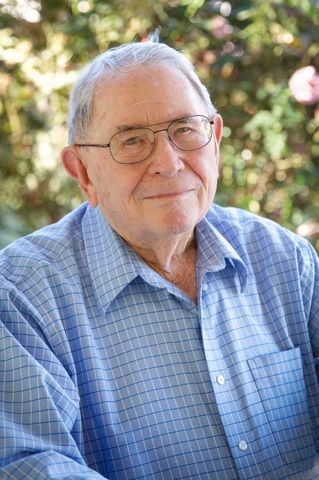 "He is amazing. He’s still got a great memory and is a lot of fun to have around," Hall's daughter, Diane, says. "We still go to the temple every Thursday and he still does his family history."

At nearly 100 years old, Hall is bright, vivacious, and has a great sense of humor. About his age, Hall says, "I just want to tell you that when you get [to be] my age, you don’t see very good, you can’t hear very good, and you can’t walk very straight, but you can still eat Mexican food."

This July, Hall's family is planning a big celebration—which will include plenty of Mexican food (his favorite)—to celebrate his 100 years of faith, courage, and service.

All images courtesy of the Hall family