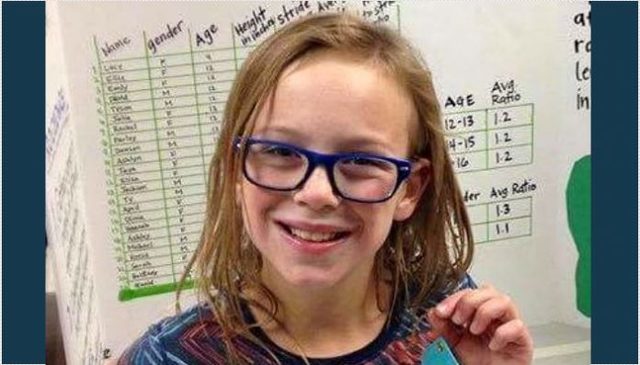 LDS 11-Year-Old Killed Tragically in Parade While Passing Out Candy Remembered as a "Tender-Hearted, Intuitive Soul"

An LDS 11-year-old who died tragically following a parade in Nephi, Utah, on July 14 is remembered by her family as a "tender-hearted, intuitive soul."

"Eleven and a half years was not enough, Goose," the Eyre family wrote as part of Grace's obituary. "You were much too fast for us."

While attempting to pass out candy to a crowd gathered for the Ute Stampede Rodeo Parade, 11-year-old Grace Eyre was severely injured when she jumped off a truck and lost her footing, slipping underneath a flatbed trailer the truck was towing.

The driver, who did not know that Grace had jumped off his truck to distribute the candy, kept driving slowly along the parade route.

“Officers and numerous citizens immediately came to the aid of the victim,” Police Chief Michael Morgan said in a news release, according to gephardtdaily.com. However, due to the extent of her injuries, Grace later passed away at the Central Valley Medical Center.

Since her passing, friends, family, community members, and complete strangers have contributed to support the Eyre family.

A GoFundMe page set up for the family has raised $16,555 of its $17,500 goal in just one day, and many have shared their sincere condolences.

"I cannot even begin to imagine how much this hurts—there are no words—please accept this donation I wish it were more—you all will be in my prayers—bless you, little Grace," wrote one.

"So sorry for your loss brother. My heart aches for you and your family. Hoping you will find peace during this difficult time," wrote another.

Jason Dansie, the bishop of the ward Grace and her family attend, also helped support the family after this tragedy by raising $20,000 for a memorial service, according to gephardtdaily.com.

Mormon Life Lds DeathLds,Death,Mormon Life
Comments and feedback can be sent to feedback@ldsliving.com