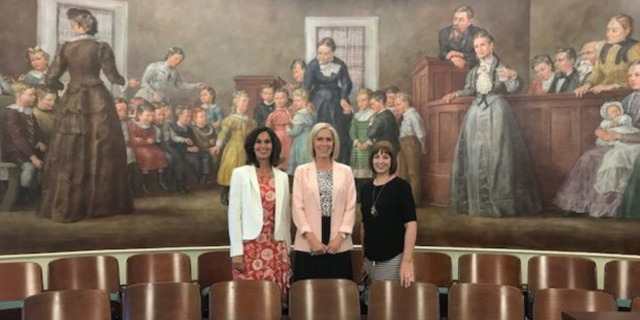 142 years ago, the first Primary meeting was held. Here’s some of what’s changed since then

In 1878, Aurelia Spencer Rogers spoke with then-Relief Society General President Eliza R. Snow about a need she saw among the children of the Church—structure and some supervision.

President Snow supported Sister Rogers’s idea for creating a place for young children to gather, and on August 25, 1878, around 225 children met in the Farmington Rock Chapel, singing, learning, and participating in activities, according to Church News.

► You may also like: We asked, you answered: 20+ hilariously sweet and funny things kids prayed for

“One fun detail we noticed was that the door handle to enter the building is remarkably low,” President Jones wrote. “This made it easy for children to enter the building for Primary on their own. Although children in 2020 cannot meet as a group to celebrate Primary’s birthday this year, I feel that we can learn something from that first day of Primary and the placement of the door handles: to be aware of the needs of children and design experiences to meet their needs. No matter our circumstances, we can all love and strengthen children and their families both in Primary and out.”

On the anniversary of the Primary’s first meeting, the Church History Website published a new post about the top five reference questions about Primary. Listed in the post are some of the changes that have happened to the Primary organization over the years including: