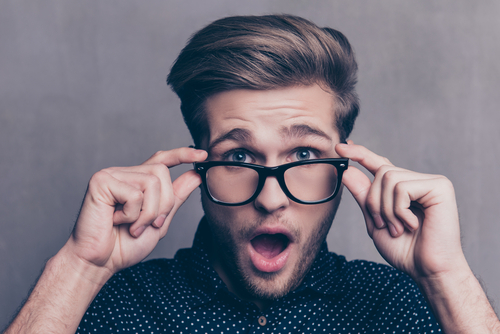 18 Hilarious Ways the World Would Be Different Without Mormons

From the traffic light to Napoleon Dynamite, Mormons have made a lot of contributions to the scientific and cultural worlds! Here's a humorous taste of what life might be like without them.

Learn about the Mormon who invented the traffic light in "14 Things You Didn't Know a Mormon Invented."

Which would be a tragedy in the world of cheesy, endearing films.

Three-quarters of the world's folding chairs would probably disappear

From firesides to stake conference, the life of a Mormon is sometimes measured in chairs put up or taken down.

Jell-O and funeral potatoes might never have reached peak popularity

Maybe unicycles or pogo sticks would have picked up instead.

Joseph and the Technicolor Dreamcoat just wouldn't be the same

The world would definitely lack some color without iconic Mormon performer Donny Osmond and his sister, Marie. Check out "Blast from the Past: The Osmonds Cartoon Show (Video)"

Read more about the LDS tycoon behind Marriott hotels in "10 Powerhouse Businesses Owned by Mormons."

Check out "14 Things You Didn't Know a Mormon Invented" to learn more about the Mormon who invented the hearing aid.

The Book of Mormon musical would simply be The musical

And nobody would know if the book was actually better. Read about the Church's latest response to this performance in "'Huff Post' Praises the Church's Reaction to 'The Book of Mormon' Musical in Utah."

You and your daughters probably wouldn't have enjoyed the Twilight phenomena

For better or for worse.

And no Primary-aged children would be holding their little adorable fists up to their eyes like binoculars!

We'd have no Battlestar Galactica without Mormon Glen A. Larson

Find out more fun Mormon trivia behind Battlestar Galactica in "8 Stars on the Hollywood Walk of Fame."

Hot chocolate stands and shops might be petering out of business

I know who those two hot chocolate packets in the hotel coffee basket were really for. #mormoncoffeesubstitute. For more on one Mormon's obsession with chocolate, check out "Changing the World with Chocolate: One Mormon Man's Story."

Plus we'd miss out on these hilarious license plates only Mormons understand.

We would have no Scott Sterling

Or Shoulder Angel, Captain Literally, Lobster Bisque, or the dozens of other hilarious Studio C characters.

Mickey Mouse would probably still be a mischievous trouble-maker.

Learn more at "How a Mormon Helped Shape Mickey Mouse (+6 Other LDS Ties to Disney)."

"America's Choir" would definitely not exist

As the largest volunteer choir, the Mormon Tabernacle Choir has made its mark in the world at presidential inaugurations, on world tours, and in the hearts of hundreds of thousands who've listened to their concerts and CDs.

Goodbye camisoles, slip extenders, shrugs, maxi skirts, and other popular Mormon modesty trends. Check out "5 Ways to Help Youth See Modesty Differently" to take the discussion of modesty beyond hemlines with your youth.

Singles would have turned to Tinder a lot sooner

What else is a single guy or gal to do if the YSA wards disappeared? Probably come up with lines more cheesy than these "16 Hilariously Awful Mormon Pick-up Lines."