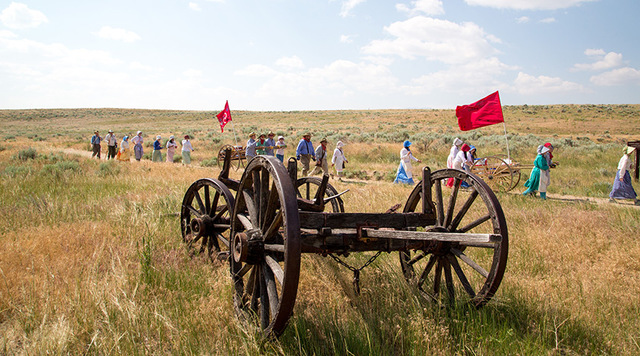 18 #TrekProbs Tweets That Would Make the Pioneers Laugh

It's that time of year again. The time when Latter-day Saint youths don bonnets and straw hats as they head out on an epic pioneer journey reenactment called trek.

And whether you have only heard of trek or have experienced it firsthand, these tweets are sure to have you laughing while helping you feel more appreciation for early Latter-day Saint pioneers.

Packing everything I need inside a bucket is hard. #TrekProbs— Mikaela Peterson (@Dancing_chika16) July 5, 2013

Whoever said "lets have the youth walk for miles and sleep on the ground for 3 nights"..we need to have a talk. #killme #trekprobs

Well this is the earliest I've been up since school got out. See ya Saturday. #trekprobs— Jess. (@jessashalees) July 9, 2014

There was an amazing sunset on Wyoming and all I could think was I didn't have my phone to take a picture of it. #trekprobs

So yay me for going on the trek. I have blisters the size of dimes and I can't move bit I'm done!! #pioneertrek #citrusheightsstake #YES— Emily Griffin (@EmiLou127) June 15, 2014

I can't even explain how much I've missed taking a shower.😭😍🌸 #trekprobs

That awkward moment when you thought you got tan but then you get in the shower... #trekprobs— aly arnett (@alyjeanne9) April 19, 2014

I had nightmares about pulling a handcart. #notjoking #after #trekprobs— mrs. keanu reeves (@glencocoooooooo) July 26, 2015 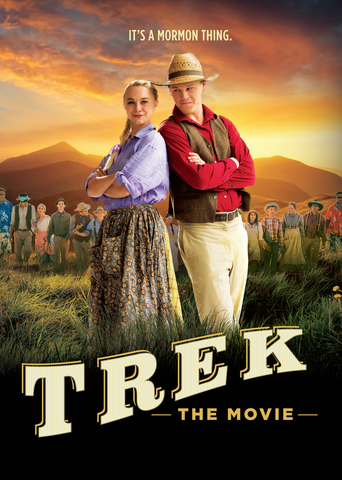 Trek follows a young teenager named Tom and his friends on their handcart journey. Along the way, they try to smuggle in unsanctioned food, battle sibling rivalry, encounter a "special ops" Young Men leader, match wits with a Twinkie-loving skunk, and ponder doctrinal brain teasers like, "Do general authorities go to PG-13 movies?" But, when they encounter unexpected trouble, their faith is tested much like that of their pioneer ancestors. Whether you've been on a trek or not, your family will laugh along and ultimately be inspired as you enjoy this delightful film.