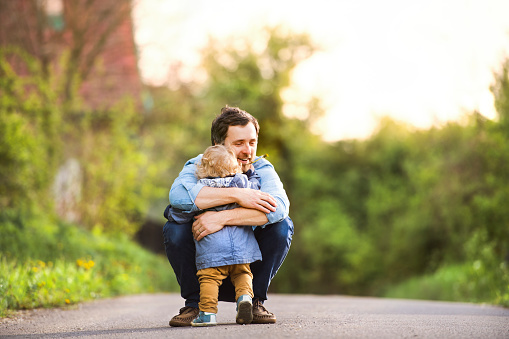 Because the battle for our souls is real, we must anticipate how the adversary will test us. None of us is immune to his clever, perfectly tailored temptations. The hero of Homer’s Iliad, Achilles, had a mother, Thetis, who dipped Achilles in the waters of the River Styx so that he became invulnerable. Thetis was successful, as the story goes, except for that part of her son’s heel by which she had held him. That was his Achilles’ heel. There he was unprotected.

We are all vulnerable. We all have a proverbial Achilles’ heel, and the adversary knows what it is. He also knows the Achilles’ heels of our loved ones, our friends, our roommates, our brothers and sisters, and our parents. He tries to use all of our weaknesses to his own advantage.

Do we know what our Achilles’ heel is and what we have to protect ourselves from? Do we know what our weaknesses are and the situations we must avoid? Captain Moroni wisely shored up his weakest cities first (see Alma 49:14–15). We, too, can better defend ourselves against the adversary when we recognize our greatest weaknesses and shore ourselves up where we are most vulnerable.

If we are prepared, the fury of the adversary will not be fatal. In fact, the Lord has told us that “if [we] are prepared [we] shall not fear” (D&C 38:30). How can we prepare ourselves so that we have no need to fear? Every mother would love to dip her children into the waters of the River Styx and give them protection. What can we do to protect ourselves?

1. Be Worthy of the Holy Ghost

In all our life’s activities, we need the fortification of the Holy Ghost. Through Him we are able to put on the whole armor of God and overcome the influence of the world in our individual lives and our families. Mothers and fathers should prayerfully invite the Holy Spirit to dwell in their dedicated homes. Having the gift of the Holy Ghost helps family members make wise choices—choices that will help them return to their Father in Heaven and His Son, Jesus Christ, to live with Them eternally.

Our temple covenants are also a source of protection and strength. There is no way for the adversary to reside in the temple. He does not have a temple recommend! The Light of the World resides there, making it impossible for the prince of darkness to enter. When we are in the temple, we can truly be in the world and not of the world. There we can be protected from all that is worldly.

Joseph Smith knew that the Saints needed to have the strength of the temple—to be endowed with power from on high in their great trek west. As he rode out of Nauvoo for the last time, on his way to Carthage, he taught a marvelous truth. He knew he was going to his death, “like a lamb to the slaughter” (D&C 135:4). But he was not thinking about death as much as about eternal life. At that time, the walls of the Nauvoo Temple were built up only about four feet from the ground. As Joseph crested the hill where the temple was being constructed, he paused. Perhaps he could see in vision the completed edifice, its walls rising high into the air. What he did see on that beautiful morning was the “City Beautiful,” filled with Latter-day Saints striving to live the gospel. With that sight before him, he declared, “This is the loveliest place, and the best people under the heavens.” Then he added these important words: “Little do they know the trials that await them!”

It is significant that such great people as those who lived in Nauvoo would also be greatly tried. Though Joseph Smith was a prophet, he was not given to tell them exactly what was ahead of them; however, he knew what they needed in order to make their journey successfully, as recounted by Sarah Rich:

“Many were the blessings we had received in the House of the Lord, which has caused joy and comfort in the midst of all of our sorrows, and enabled us to have faith in God, knowing He would guide us and sustain us in the unknown journey that lay before us. For if it had not been for the faith and knowledge that was bestowed upon us in that temple by the influence and help of the Spirit of the Lord, our journey would have been like one taking a leap in the dark, to start out on such a journey in the winter as it were, and in our state of poverty, it would seem like walking into the jaws of death. But we had faith in our Heavenly Father, and we put our trust in Him, feeling that we were His chosen people and had embraced His Gospel; and instead of sorrow we felt to rejoice that the day of our deliverance had come.”[3]

The journals of my own great-grandparents who received the endowment about that same time record similar feelings.

The strength that Sarah Rich and others received was a fulfillment of the dedicatory prayer Joseph Smith gave for the Kirtland Temple: “We ask thee, Holy Father, that thy servants may go forth from this house armed with thy power, and that thy name may be upon them, and thy glory be round about them, and thine angels have charge over them” (D&C 109:22). Being endowed with power meant that the early Saints had the ability to call upon the power of heaven in those circumstances where spiritual guidance and strength would be needed.

Today, as we go through our trek in life, we need that same endowment of power. Just as the early Saints faced hardships, angry mobs, being driven from their comfortable homes in Nauvoo, and an arduous journey, we face genuinely challenging circumstances ourselves. We also know of the dramatic changes in our culture as the Second Coming approaches and of the difficulties of being faithful in a world where the adversary reigns. In our journey back to our Heavenly Father, we need the power of temple covenants and worship—not only for ourselves but for our families. 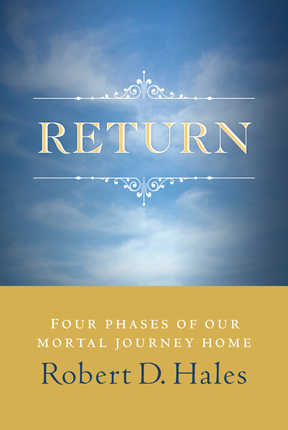 “Return with honor” is a call that has become familiar to every Latter-day Saint. For Elder Robert D. Hales, this stirring directive was his unit's motto when he served as a jet fighter pilot in the United States Air Force, and he uses it often in his teaching. During his military days, the motto was a constant and powerful reminder to complete each mission honorably — and now it reminds us, the Lord's children, that what we do on earth can make it possible to return with honor to our heavenly home.

A beloved member of the Quorum of the Twelve Apostles of The Church of Jesus Christ of Latter-day Saints, Elder Hales writes with keen insight and compassion about the orderly preparations we need to make as we travel through mortality.