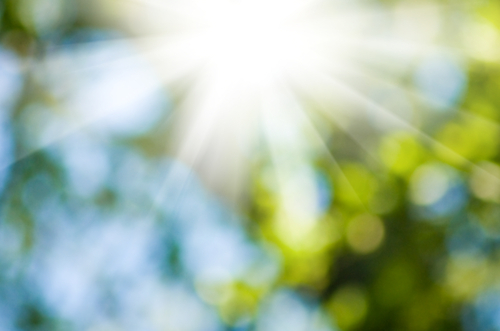 3 Appearances the Savior Will Make Before the Second Coming

Most Christians think of the Second Coming as the appearance of the Savior to the entire population of the earth, an event that “surely shall come” (D&C 39:21).

But according to LDS scriptural texts, the Lord Jesus Christ, before He appears to the entire world in power and great glory, will make several preliminary appearances on the earth. This includes the appearances that will occur at Adam-ondi-Ahman, at the temple of the American Zion in New Jerusalem, and to a group of Israelites on the Mount of Olives.

►You'll also like: 5 Millennium Myths You Thought Were True

At the Council Meeting at Adam-ondi-Ahman

The Savior, through latter-day revelation, has explained that an Old Testament prophecy by Daniel concerning the Ancient of Days (or Adam) coming to visit his people (see Daniel 7:9–14) will be fulfilled at a place called Adam-ondi-Ahman, which is located in the state of Missouri (see D&C 116:1). This event will follow the same overall pattern of a council that was held three years before Adam died, which is described in D&C 107:

“Three years previous to the death of Adam, he called Seth, Enos, Cainan, Mahalaleel, Jared, Enoch, and Methuselah, who were all high priests, with the residue of his posterity who were righteous, into the valley of Adam-ondi-Ahman, and there bestowed upon them his last blessing. And the Lord appeared unto them” (D&C 107:53–54).

According to the Prophet Joseph Smith, the appearance of the Lord at Adam-ondi-Ahman in the last days will occur sometime prior to the coming of the Son of Man to the entire world. This event is, in fact, designed as a preparation for that worldwide visitation.1 Other statements by Joseph Smith help clarify the issue of chronology. On one occasion the Prophet spoke of “war, and fires burning, [and] earthquake, one pestilence after another, etc. until the Ancient of Days come[s] then judgment will be given to the Saints.”2 Thus, the coming of Adam occurs after a period of great tribulation.

The council, then, takes place at the end of a period of persecution against the Saints. The appearance of the Lord can be placed in its proper chronological sequence by consulting the prophecy of Daniel, which specifies that the Ancient of Days and the Son of Man will meet after “thrones [are] cast down” (Daniel 7:9). Elder Orson Pratt refers to this era when he says that “this prophecy relates to a period of time in the history of our race, when thrones are to be cast down, when kingdoms and the various governments which exist upon the face of the earth are to be overthrown.”3

Elder John Taylor, who spoke personally with the Prophet Joseph Smith concerning these matters, describes those persons who are to assemble as Adam’s “children of the priesthood.”4 Elder Taylor further relates that as a result of their conversations he knew that President Smith was speaking of “the various dispensations and of those holding the keys thereof, and [Joseph] said there would then be a general giving up or accounting for.” In other words, the Prophet Joseph stated that the key-holders would “deliver up or give an account of their administrations, in their several dispensations, but that they would all retain their several positions and Priesthood” after the meeting had taken place.5

Who else will attend this great council meeting? Elder Orson Pratt believes that the “ten thousand times ten thousand” (or 100 million) people who Daniel said would stand before the Ancient of Days at this meeting will be those who are “immortal beings”6 or, put another way, a “vast multitude from the heavens.”7 Nevertheless, “when this gathering is held, the world will not know of it; the members of the Church at large will not know of it,” said Joseph Fielding Smith. Only those “who officially shall be called . . . into this council [will be aware of its occurrence] for it shall precede the coming of Jesus Christ as a thief in the night, unbeknown to all the world.”8

In the Temple in the New Jerusalem

In the due time of the Lord, the city of Zion will be built up in Jackson County, Missouri, and a magnificent temple constructed within its boundaries (see D&C 57:1–5; 84:4; 136:18). The Prophet Joseph Smith explains that this will occur sometime before the Second Coming: “Zion and Jerusalem must both be built up before the coming of Christ . . . and when these cities are built then shall the coming of the Son of Man be.”9

The Savior revealed, in regard to the New Jerusalem temple, that a “cloud” or “the glory of the Lord” will rest upon it and also fill it (D&C 84:2–5). In speaking specifically of this temple in “the land of Zion,” the Savior stated that as long as this temple remains undefiled, not only will His “glory . . . rest upon it” but His “presence shall be there, for [He] will come into it, and all the pure in heart that shall come into it shall see God” (D&C 97:10, 15–17). In D&C 42, the Savior confirms that He will come to His temple, which is located in “New Jerusalem” (see D&C 42:35–36).

These scriptures, however, do not speak of a formal appearance to a large group of assembled Saints—as when the Nephites saw the Lord as they stood outside the temple in the land of Bountiful (see 3 Nephi 11:1–11). D&C 97 suggests, rather, a number of appearances to worthy persons who enter the New Jerusalem temple. A statement made by Elder Orson Pratt also seems to limit this type of event to either personal appearances or small group appearances. In alluding to this section of the Doctrine and Covenants, Elder Pratt says,

"All of them who are pure in heart will behold the face of the Lord and that too before He comes in His glory in the clouds of heaven, for He will suddenly come to His temple, and He will purify the sons of Moses and of Aaron [i.e, priesthood holders—see D&C 84:31–32], until they shall be prepared to offer in that temple an offering that shall be acceptable in the sight of the Lord. In doing this, He will purify not only the minds of the priesthood in that temple, but He will purify their bodies until they shall be quickened, renewed and strengthened, and they will be partially changed, not to immortality, but changed in part that they can be filled with the power of God, and they can stand in the presence of Jesus, and behold His face in the midst of that temple."10

►You'll also like: 5 Things You Didn't Know Will Happen During the Millennium

At the Mount of Olives

In D&C 45, the Lord declares that Zechariah 13 and 14 include prophecies connected with His coming to the Jews during the battle of Armageddon. D&C 45 and Revelation 16 also help define which prophecies regarding the last days will be fulfilled during this timeframe.

The battle of Armageddon, as described in the book of Revelation, will be incited by three evil spirits who will work some unspecified miracles among the leaders of the earth to convince them to fight against Israel (see Revelation 16:13–14, 16).

In referring to John’s meridian revelation, Elder Melvin J. Ballard of the Quorum of the Twelve Apostles teaches:

“John saw a day when the righteous forces, both living and dead, shall be arrayed in a deadly conflict, at a place which he called Armageddon, against the forces of evil, both living and dead, to settle the question of supremacy in the earth. The forces of evil are at work preparing for that conflict. The evil one has his recruiting stations open everywhere, enlisting souls in the vain hope that he may yet gain the victory and obtain permanent right of rulership in the earth.”11

Zechariah 14 tells of this event—a time when the city of Jerusalem will be engaged in a battle against “all nations” that have been gathered against it. When half of the city has been taken captive, the Lord will descend along with “all the Saints” upon the Mount of Olives, which will be divided on an east-west axis, with one-half moving to the north and the other toward the south (Zechariah 14:4–5). In D&C 45:48, the Lord adds that an enormous earthquake will accompany this occurrence, an earthquake so powerful that it will seem like the heavens themselves shake. Indeed, Revelation 16:18 refers to this “great earthquake” and defines it as the worst that has occurred since mankind first inhabited the earth. In consequence of this quake, the cities of the nations will fall, islands will flee, mountains will disappear, and the city of Jerusalem will be divided into three parts (Zechariah 14:19–20).

Elder Parley P. Pratt provides a summary of some of the events connected with the battle of Armageddon:

"[T]he Jews gather home, and rebuild Jerusalem. The nations gather against them to battle. Their armies encompass the city, and have more or less power over it for three years and a half. A couple of . . . prophets, by their mighty miracles, keep them from utterly overcoming the Jews; until at length they are slain, and the city is left in a great measure to the mercy of their enemies for three days and a half. The two prophets rise from the dead and ascend up into heaven. The Messiah comes, convulses the earth, overthrows the army of the Gentiles, delivers the Jews, [and] cleanses Jerusalem."12

The valley formed by the division of the Mount of Olives when the Redeemer arrives will serve as an escape route for the surviving Israelites, and they will flee into it (see Zechariah 14:5). The Lord, in D&C 45, foretells what will happen next, an episode that will be one of the most profound moments in all of human history:

"And then shall the Jews look upon me and say: 'What are these wounds in thine hands and in thy feet?'

Then shall they know that I am the Lord; for I will say unto them: 'These wounds are the wounds with which I was wounded in the house of my friends. I am He who was lifted up. I am Jesus that was crucified. I am the Son of God.'

The Lord will not be alone when He descends upon the Mount of Olives to rescue the Jews in their time of great peril. When Jesus Christ ascended from that very same location after His first advent, two angels appeared there to testify that He would come again in like manner someday (see Acts 1:9–12). The presence of the Messiah and “all the Saints” on the Mount of Olives in the last days helps to explain an enigmatic statement made in Zechariah’s writings. He mentions that “in that day [when the Lord comes with the Saints] . . . at evening time it shall be light” (Zechariah 14:6–7).  In the case of the Lord appearing on the Mount of Olives, the light that illuminates the darkness may be supplied by the Savior Himself and the innumerable celestial beings who accompany Him, the brightness radiating directly from their glorified bodies.

8. The Way to Perfection, 291. Bruce R. McConkie also states that the Lord’s appearance at Adam-ondi-Ahman will be “secret” (The Millennial Messiah, 578–79).