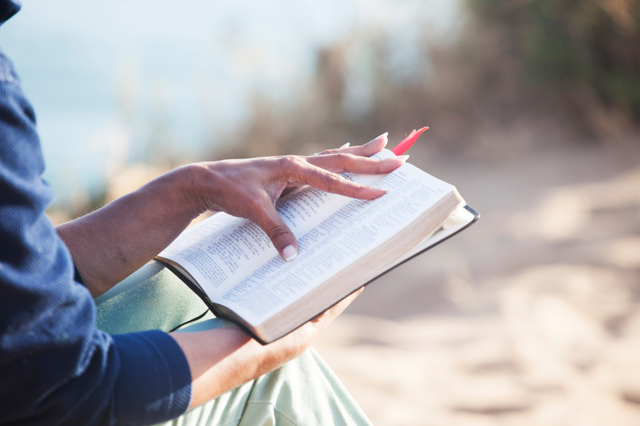 3 Examples of Evidence That Support the Book of Mormon

If you’ve put any serious study into the Book of Mormon, you know it is filled with significant and often remarkable things; in fact, sometimes it’s hard to read more than a few pages without finding something new and noteworthy, even if you’ve already read it dozens of times.

At least, that’s the way it has been for me.

Recently, I went through it with a different emphasis and focus: I wanted to determine how many evidences were found in the Book of Mormon itself supporting the fact that it was translated from an ancient document and not written by Joseph Smith in the early 19th century.

Talk about a soul-quenching, satisfying search! Scattered throughout its pages was one piece of evidence after another—right there, in black and white—things that could not possibly have been known when it rolled off the press in 1830.

The experience was absolutely astonishing, and I want to share a bit of it with you—just the tip of the proverbial iceberg. But please sit up, take note, and be prepared to marvel at what the book itself tells you “as the voice of one crying from the dust” (2 Nephi 33:13).

Along with my own insights I’ve provided evidence from archaeologists, historians, gospel scholars, and others who have made such study the pursuit of a lifetime—people to whom I am forever grateful and who are lots smarter than I am. So let’s take a look at some of what I found.

Let’s start out with the allegory of the olive tree—the prophet Zenos’s extraordinary parable of the Lord’s four visits to his vineyard—the world. It is obvious from reading Jacob 5 that Zenos had considerable knowledge of the very complicated process of olive cultivation. Scholars Paul R. Cheesman and C. Wilfred Griggs both comment on “the numerous casual references to pruning, cultivating, fertilizing, grafting, preserving species by grafting, bud sprouts, scion vigor, root rejuvenation, double graftage, root-top growth balances, and invigoration from graftage of wild species” that make this chapter so in-depth and compelling (Scriptures for the Modern World [Provo, UT: Religious Studies Center, 1984], 119).

Honestly, think about it. Could Joseph Smith, who had only three years of formal schooling, have been acquainted enough with ancient horticultural practices to write the allegory of the olive tree, with all its detailed description? Not likely.

Next there’s the issue of steel. There are many references to steel in the Book of Mormon. For example, “And it came to pass that as I, Nephi, went forth to slay food, behold, I did break my bow, which was made of fine steel . . .” (1 Nephi 16:18). Early critics of the Book of Mormon had a heyday with this one, pointing out that steel did not exist at the time Nephi would have written this passage (the prevailing knowledge in 1830), so the Book of Mormon couldn’t possibly be true.

Then, along came the archaeologists to save the day. Long after the Book of Mormon was published, they found that various combinations of iron and steel existed near Jerusalem as early as 600 B.C. George Reynolds and Janne M. Sjodahl note that weapons of steel were even found in ancient tombs in Egypt; it is only the method for producing steel that is modern, not steel itself (see Commentary on the Book of Mormon [Salt Lake City: Deseret Book, 1955], 1:38).

And let’s not forget the horses. Nephi said that as they journeyed in the promised land, “there were beasts in the forests of every kind, both the cow and the ox, and the ass and the horse, and the goat and the wild goat, and all manner of wild animals, which were for the use of men” (1 Nephi 18:25; emphasis added). Again, the critics went to town. As gospel scholar Susan Easton Black points out, in 1830, U.S. scholars maintained that there were no horses in North or South America before the arrival of Christopher Columbus in the late 1400s.

But once more, archaeological evidence discovered in the past few decades proves that horses existed on the American continent as early as 2600 B.C. There is no way Joseph Smith could have known such evidence existed as he was translating the ancient records.

Fortifications and the Land of Bountiful

A little more than one-third of the Book of Mormon deals with war, whether preparing for it, fighting in it, or recovering from it. That alone has the critics in a tizzy. For centuries, historians and anthropologists painted a picture of Mesoamerica as an agrarian, peace-loving civilization in which there would have been no need for fortification of cities. Not only that, but critics also claim that the “fortifications” described in the Book of Mormon are of such illogical construction that they never would have worked. “That does it,” the critics say, “Joseph Smith must have created the book.”

Not so fast. Recent archaeological evidence has shown that military fortifications around Mesoamerican cities were, in fact, fairly common, and that the type of construction described in the Book of Mormon is completely consistent with what evidence shows.

In fact, scholar John L. Sorenson shows that similar fortifications have recently been found throughout Mesoamerica: “When Cortez crossed southern Mexico during his epic journey to Honduras, he discovered fortifications around the Laguna de Terminos area very similar to those Moroni erected in the first century B.C. . . . The Book of Mormon describes a ditch being dug around the protected area; the excavated earth was piled inward to form a bank. Atop it a fence of timbers was planted and bound together with vines. That very arrangement is now well documented archaeologically” (An Ancient American Setting for the Book of Mormon, [Provo, Utah: FARMS, 1985], 261).

And what about the land of Bountiful? You remember it. Lehi and his family camped there for a period before crossing the sea to the promised land. Critics shunned that whole notion, saying there was nowhere in the Middle East that met Nephi’s description of Bountiful: a place that contained water, fruit, large trees for a ship, grass, wild honeybees, flowers or blossoms, a mountain, a shoreline, a cliff overlooking the depths of the sea, and metal ore.

Oh, but wait—there is such a place, after all. Lynn M. and Hope A. Hilton write, “Incredible as it seems, the south coast of the Arabian peninsula from Perim to Sur has only one place in its entire length of 1,400 miles that meets that description. It is a tiny sickle of land curved around a little bay, about 28 miles long and 7 miles wide, backed by the Qara Mountains. For three months of the year, the monsoon clouds gather on the slopes fronting the sea and cover them with summer fog, mist, and rain. This place is Salalah, in the state of Dhofar, the Sultanate of Oman. The coast in both directions stretches away in unbroken barrenness. This is the only place on the whole Arabian peninsula seashore that receives significant rainfall and where large trees grow—and it is known to have been this way for well over two thousand years” (“In Search of Lehi’s Trail: Part 1, The Preparation,” Ensign, Sept. 1976).

The casual reader of the Book of Mormon would probably never notice or worry much about the wording used in the book. But those seemingly insignificant phrases provide powerful evidence that the book was translated from records written in ancient Semitic language.

Take, for example, 1 Nephi 1:6, in which Nephi clarifies that his family pitched their tent in a valley by the side of a river of water. What young Joseph Smith never would have known was that in the Middle East, there are both rivers of water and wadis, dry streambeds that contain water only when they are swollen by rain. Year-round “rivers of water” are actually very scarce. Why would Joseph Smith, who grew up on the verdant east coast with large, flowing rivers that ran all year round, make that distinction?

Here’s another: in the very next verse (1 Nephi 1:7), Nephi mentioned that he built “an altar of stones, and made an offering unto the Lord. . . .” Another bit of trivia Joseph never would have known: to the ancients, an “altar of stones” was made of a pile of separate uncut stones, whereas a “stone altar” was made of hewn stones cemented together with mortar. The Israelites of the time believed that stone altars were not appropriate to use because when one used a tool to strike the stone, the stone was then polluted (see Exodus 20:25).

And yet another: when Ishmael died while the group was wandering in the wilderness, Nephi tells us “that the daughters of Ishmael did mourn exceedingly” (1 Nephi 16:35). Another tidbit Joseph Smith almost certainly wouldn’t have known: in the desert Arab culture, only the women were allowed to officially mourn.

It goes on and on.

All of these things, and many more found in the Book of Mormon, are certainly compelling, but they do not “prove” that the Book of Mormon is a true account that was translated by the Prophet Joseph Smith from ancient plates that he unearthed with the assistance of an angel.

Because while such evidences are certainly interesting, they are not the stuff of testimony. Testimony comes only from reading with real intent, pondering, and praying. If you haven’t yet done so, apply the formula found in Moroni 10:3–5. Rely on the Holy Ghost to teach and testify to you. It works every time.

In October 2012, as the second counselor in the Young Women General Presidency, Sister Ann M. Dibb made a statement that almost instantly became a motto: “I’m a Mormon. I know it. I live it. I love it.” I humbly borrow her words to challenge you to do the same thing with the Book of Mormon: Learn it. Live it. Love it. 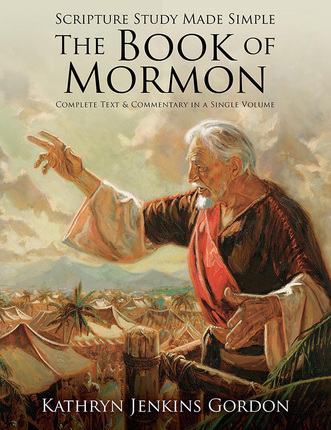