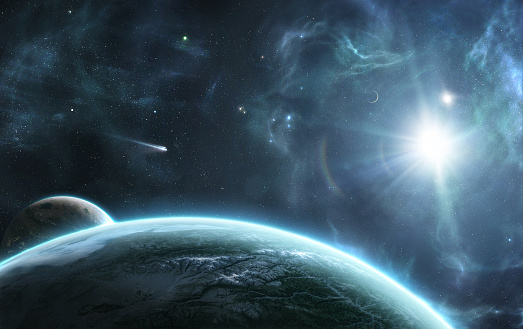 3 Fascinating Things Every Mormon Should Know About Kolob 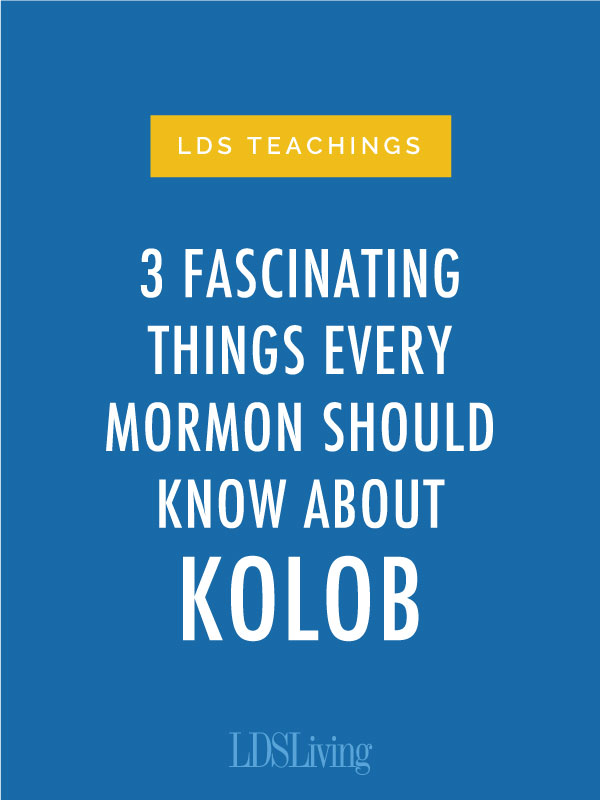 Kolob. We sing about it in one of our favorite hymns. We’ve named canyons and mountains and wards and stakes after it. But do we really know what Kolob is and what it’s like?

Generally defined as “the place nearest where God dwells,” most of what we know about this briefly-mentioned governing star comes from a heavenly astronomy lesson found in the book of Abraham.

And while it’s not a part of core Church doctrine, learning about Kolob is a wonderful way to begin to understand each of our places in the universe and comprehend the significance of the Creation. Here are just a few interesting things we know for sure about Kolob:

1. Kolob is the star that governs all the others.

We first learn about Kolob in Abraham 3:2-3, when Abraham sees it in a vision through the Urim and Thummim. He says, “And I saw the stars, that they were very great, and that one of them was nearest unto the throne of God; and there were many great ones which were near unto it; And the Lord said unto me: These are the governing ones; and the name of the great one is Kolob, because it is near unto me, for I am the Lord thy God: I have set this one to govern all those which belong to the same order as that upon which thou standest.”

From this scripture, we learn that Kolob is a huge star, which God has designated as the one to govern even the other “governing creations” (see Abraham Facsimile 2:2). But what does that mean?

Abraham 3:16 explains further that there is always one star greater than another, but that Kolob is the greatest. Not because it is the biggest or the brightest, but because it is the one that is closest to God. Joseph Smith adds one more piece of revelation in the first description of Facsimile 2: “Kolob, signifying the first creation, nearest to the celestial, or the residence of God.”

So we also learn that not only is Kolob closest to God, but it was also His first creation—a creation we can probably assume is near the center of the universe, or at the very least, our galaxy, with God’s throne where He sits “in the bosom of eternity, who is in the midst of all things” (D&C 88:13).

2. Kolob’s calculation of time is different than Earth’s.

“If you could hie to Kolob in the twinkling of an eye . . .” We’ve all sung it in a sacrament meeting at some point, but have you ever stopped to think about what you’re singing? “Hie” is no longer a commonly used word, but it means “to go quickly.” And, in part, because time works differently on Kolob than it does on Earth, it is possible that we will one day travel across the vastness of space “in the twinkling of an eye.”

We learn in Abraham 3:4-7 that one day on Kolob is the same as 1,000 years on Earth because Kolob rotates more slowly on its axis (see also Facsimile 2:1). A little further on, verse 9 further clarifies that Kolob’s time is the same as the Lord’s time: “. . .which Kolob is after the reckoning of the Lord’s time; which Kolob is set nigh unto the throne of God, to govern all those planets which belong to the same order as that upon which thou standest.”

This leads to another interesting fact that we know: When Adam and Eve were in the Garden of Eden, their understanding of time was the same as Kolob’s, which meant it was the same as God’s. Abraham 5:13 reads, “But of the tree of knowledge of good and evil, thou shalt not eat of it; for in the time that thou eatest thereof, thou shalt surely die. Now I, Abraham, saw that it was after the Lord’s time, which was after the time of Kolob; for as yet the Gods had not appointed unto Adam his reckoning.” This makes sense, especially when we consider that Brigham Young once explained that Earth was created near God and Kolob, but that it also physically fell out of God’s presence when mankind did:

“When the earth was framed and brought into existence and man was placed upon it, it was near the throne of our Father in Heaven. And when man fell . . . the earth fell into space, and took up its abode in this planetary system, and the sun became our light . . . This is the glory the earth came from, and when it is glorified it will return again unto the presence of the Father” (Journal of Discourses Volume 17, pg. 143).

3. Kolob is the source of light for other creations.

The Guide to the Scriptures explains light this way:

“Divine energy, power, or influence that proceeds from God through Christ and gives life and light to all things. It is the law by which all things are governed in heaven and on earth (D&C 88:5-13).”

As the first creation and the star nearest to the source of all light, God, it makes sense that Kolob gives its light in a similar way. The explanation for figure 5 in Facsimile 2 in Abraham explains that the planet Enish-go-on-dosh “borrows its light from Kolob through the medium of Kae-e-vanrash, which is the . . . governing power. . .” It also later says that two other stars, Kli-flos-is-es and Hah-ko-kau-beam, also receive “light from the revolutions of Kolob.”

Even if none of the physical ideas about Kolob are interesting or logical to you, the analogy it teaches about the Savior and our own place in the universe is profound. Because, as Alma reminds us, “. . . all things denote there is a God; yea, even the earth, and all things that are upon the face of it, yea, and its motion, yea, and also all the planets which move in their regular form do witness that there is a Supreme Creator” (Alma 30:44).

Just as Kolob is described as the governing star nearest to God, the one that was created first, and the star that gives light to all others, so Christ is on the right hand of God, the Firstborn of the Father, and a Light unto all of us. And if we, like the other stars and planets described in the scriptures, draw closer to Kolob, or Christ, so our greatness, glory, knowledge, and happiness will increase. That’s what I look forward to thinking about the next time I sing the beloved words of “If You Could Hie to Kolob.” Because, hopefully, one day we all will.