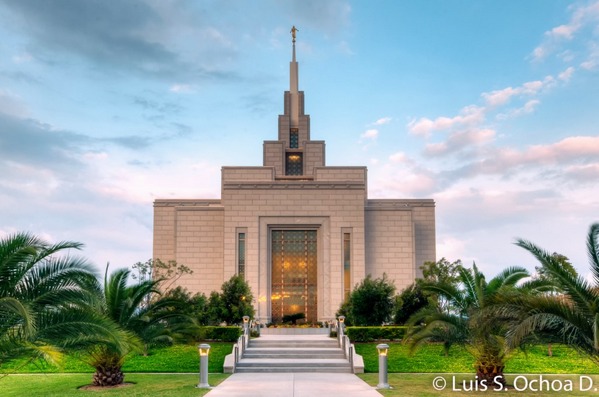 3 Inspiring Stories from the Church in Honduras

Though the small Central American country of Hondruas is marked by poverty and corruption, the members of the Church who live there are have enough faith and courage to overcome through sacrifice. For these stalwart Saints, miracles and the influence of the Lord's hand are a part of daily life. These three inspiring stories, shared by Saints in Honduras, will inspire and encourage you no matter where you are in the world:

By Small and Simple Things

It was November, 1952. Elder Spencer W. Kimball, then of the Quorum of the Twelve, and Elder Bruce R. McConkie, still a member of the First Quorum of the Seventy, were eating breakfast. They had traveled to speak with the president of Honduras in his home country and request authorization to establish the Church there.

But just as important as those diplomatic talks was a more heartfelt conversation in that hotel restaurant: Elders Kimball and McConkie gave their waiter, Jose Santos Ortega, a copy of the Book of Mormon. He would later become the first baptized member of the Church in Honduras.

Seeing the Temple Through New Eyes

One instance of how the new Tegucigalpa Honduras Temple has blessed the lives of Saints in Honduras and the regions around it sticks out for Herman Klein, wife of the San Pedro Sula East mission president.

She relates a story about a group of Saints from neighboring Nicaragua who came to visit the temple. After many hours riding on a bus without air conditioning in 90 degree heat, they ushered the group into temporary housing. She recounts: “We experienced humble tears of appreciation as we saw members of the Church who had never slept in a comfortable bed in their lives, never experienced a warm shower.”

The next day, when the group entered the temple, they were awestruck. “You can only imagine their wonderment at the bounteous blessings physically and spiritually of the beautiful house of the Lord on the earth today,” she shares. “They will never have anywhere else in their lives an experience even close to this experience both spiritually and physically. We saw the temple through new eyes that day.”

Some 30 years ago, most of the Church members in San Pedro Sula, Honduras, arrived at church using bicycles. Area Seventy Jared R. Ocampo reports: “Elder Smith, a counselor in the mission presidency at that time, promised that if the Saints were faithful paying their tithing, there would come the time when the parking lot would be insufficient for the cars they would have.”

In February of 2014, he says, “We were visited by Elder Ulysses Soares of the presidency of the Seventy. The San Pedro Sula stake center parking lot, which was remodeled to be one of the most spacious and beautiful stake buildings in Honduras, and its adjacent streets, were insufficient for the number of cars in which the members arrived at the meeting.

“The Church has grown indeed, and the members have been very blessed by the Lord.”

Read more about the Church in Honduras in the September/October 2014 issue of LDS Living magazine.