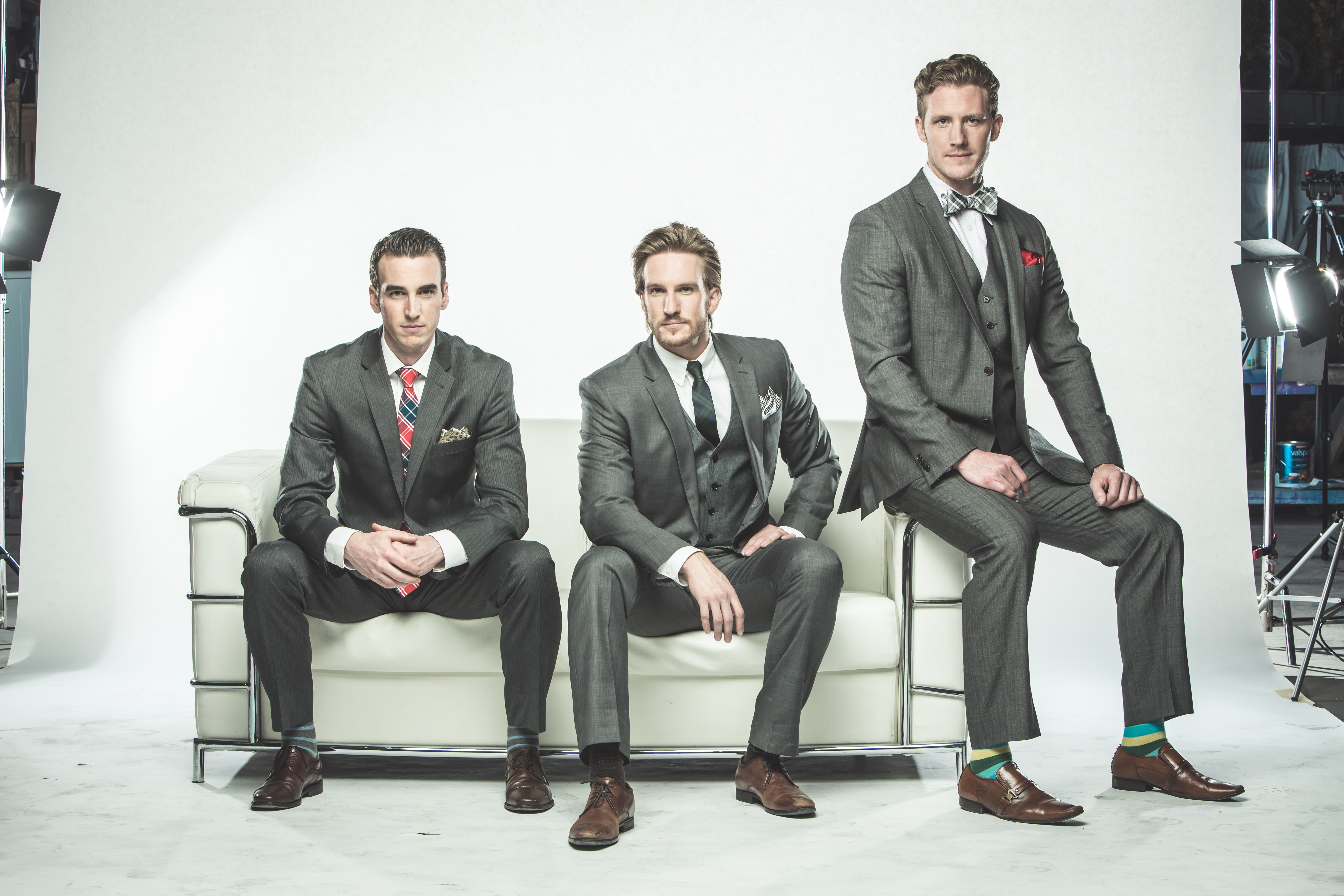 3 LDS Vocalists Bringing 'Gentleman' Back to the Music World

When Brad Robins, Casey Elliott, and Bradley Quinn Lever, all members of The Church of Jesus Christ of Latter-day Saints, landed roles in the Spring 2014 production of Les Miserables at the Hale Center Theater, they had no idea how it would impact their futures as vocalists. Their unique vocal abilities were impressive and admired, as evidenced by the 60,000 tickets the productions sold, and as the three were praised for their talents, admirers begged them for more. But the three wanted to do more than just produce individual Broadway-type albums.

And though the singers themselves are LDS and love performing at Time Out for Women, their reach has gone far beyond the Mormon community.

When the group was still developing, Elliott happened to be talking to a friend struggling in the dating scene. She described the guys she knew as a bunch of boys too busy playing video games and splitting checks on dates and shared her feeling that there aren’t really gentlemen anymore. Elliott and the others latched on to this idea and decided that one of the purposes behind the group would be to “bring gentlemen back.” From this came the group’s name GENTRI—a combination of the words “Gentlemen” and “Trio.”

Since their debut in their classy signature style of sports coats and pocket squares, the gentlemen have been found singing for the Presiding Bishopric of the Church as well as Maserati and other prestigious luxury brand companies.

“They want to represent to the world how to look and act like a gentleman through their presence and music, as there is a lack of examples in the public eye,” Deseret Book A&R director, Bart Olson, explains, “They want to show that being a gentleman doesn’t have to be a lost art.

And so it isn’t. The well-dressed singers have been stopped in airports and asked who they were. “It was apparent from their dress and the manner in which they carried themselves that there was something different about them,” Olson describes, “People noticed and they were able to spread the message of being a gentleman and share their music.” GENTRI and their campaign for gentlemen continues to grow as they are being asked to perform for other company parties and gatherings similar to Maserati.

GENTRI’s first single “Silent Night” became available this week. Sample their sound here or check it out on iTunes. If you like what you hear, keep an eye out for more to come by following the trio on Twitter, Facebook, or Instagram under their handle @GENTRImusic.